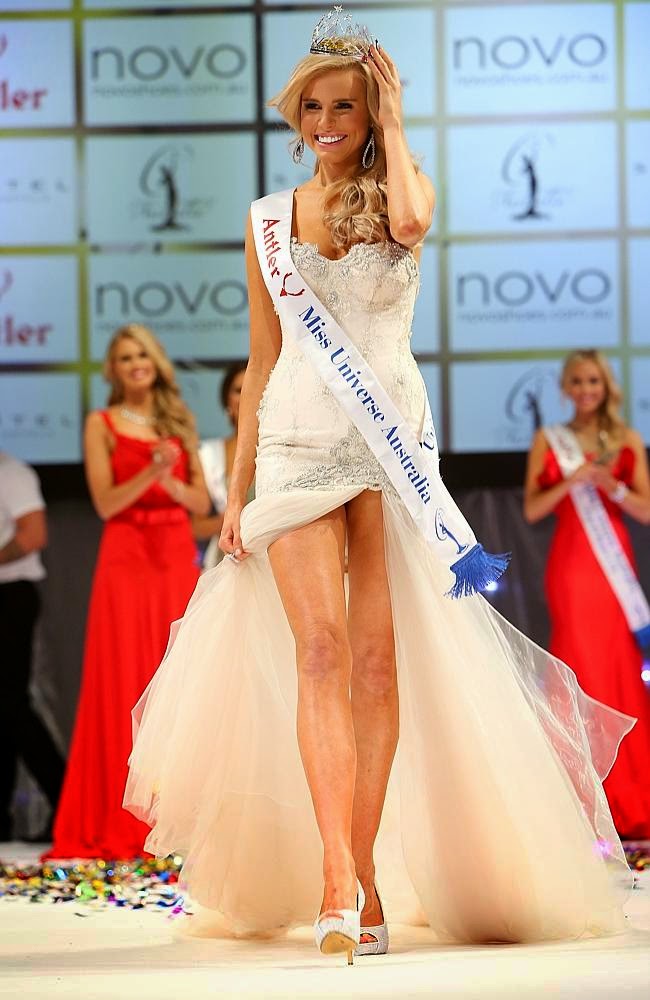 21 year old Tegan Martin defeated 30 other beauties to win the coveted Miss Universe Australia title in Melbourne earlier this evening. This was Martin's 3rd attempt to win the title. She finished as first runner-up in 2011 and 2013. She will now start preparing to represent Australia at this year's Miss Universe finals. The first runner-up was Natalie Roser and the second runner-up was Danielle Johnson. Monika Radulovic finished in fourth place while Briden Starr finished in fifth place. 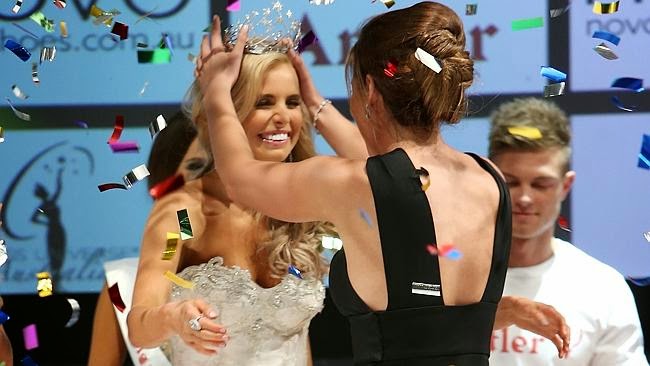 She's pretty and deserves her win but I really was hoping Natalie Roser would win. I hope she comes back next year. She could be in the top 5 of Miss Universe. Tegan is good enough to bring Australia back to the top 15.
http://www.dailytelegraph.com.au/entertainment/third-time-lucky-for-miss-universe-australia-winner-tegan-martin/story-fni0b7jg-1226946400118
Photos courtesy of
Posted by Andre at 9:49 PM