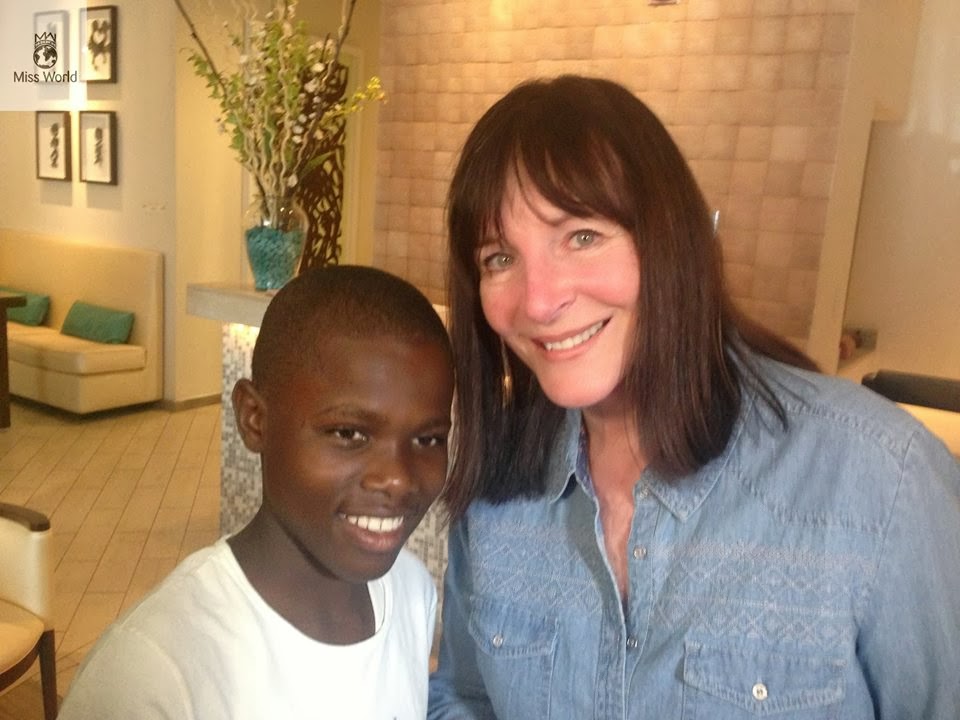 The President and CEO of the Miss World Organisation, Julia Morley, kept the promise she made shortly after suffering a serious injury in Haiti at the end of October 31. Mrs. Morley, the reigning Miss World, and the children and staff of a children's home in Haiti were involved in a terrible accident when the floor beneath them collapsed. Morley and a young boy named Jonathon suffered the most serious injuries which resulted in Morley being flown out to Miami for emergency surgery.

Morley (75) was adamant that she would return to Haiti to continue her work there as soon as she was well enough to do so. This week, less than 5 months later, she stuck to her promise when she arrived back in the country to continue her work with her Beauty With A Purpose charity. Yesterday Morley was reunited with Jonathon and they were delighted to see each other again. She also learned that the home where Jonathon is living is in need of supplies and she has vowed to do what she can to help them get what they need. 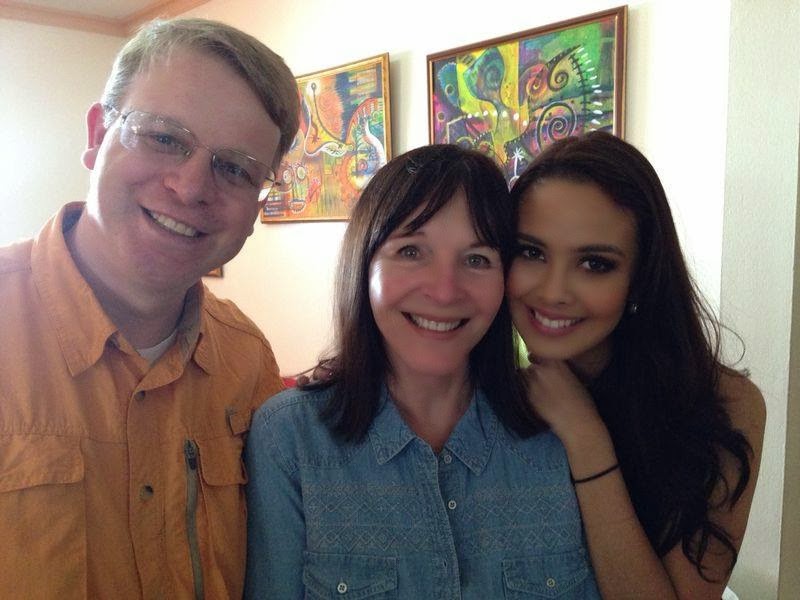 On her official Facebook page Morley stated that she will be overseeing several of the projects they are involved with in the country and she reaffirmed her commitment to helping the people of this country that desperately needs as much help as the world can offer.


THIS is why Miss World is still relevant. The wonderful work that Julia Morley and the MWO is doing is just amazing. I really admire Mrs. Morley's commitment to what she does and her incredible fighting spirit. There's so much to be done in Haiti and several other countries around the world and if pageants like Miss World can contribute to helping those in desperate need, they ARE still relevant in modern society.

Photos and information courtesy of Miss World Organisation!
Posted by Andre at 9:55 PM