Miss USA 2014 To Be Crowned in Baton Rouge, Louisiana 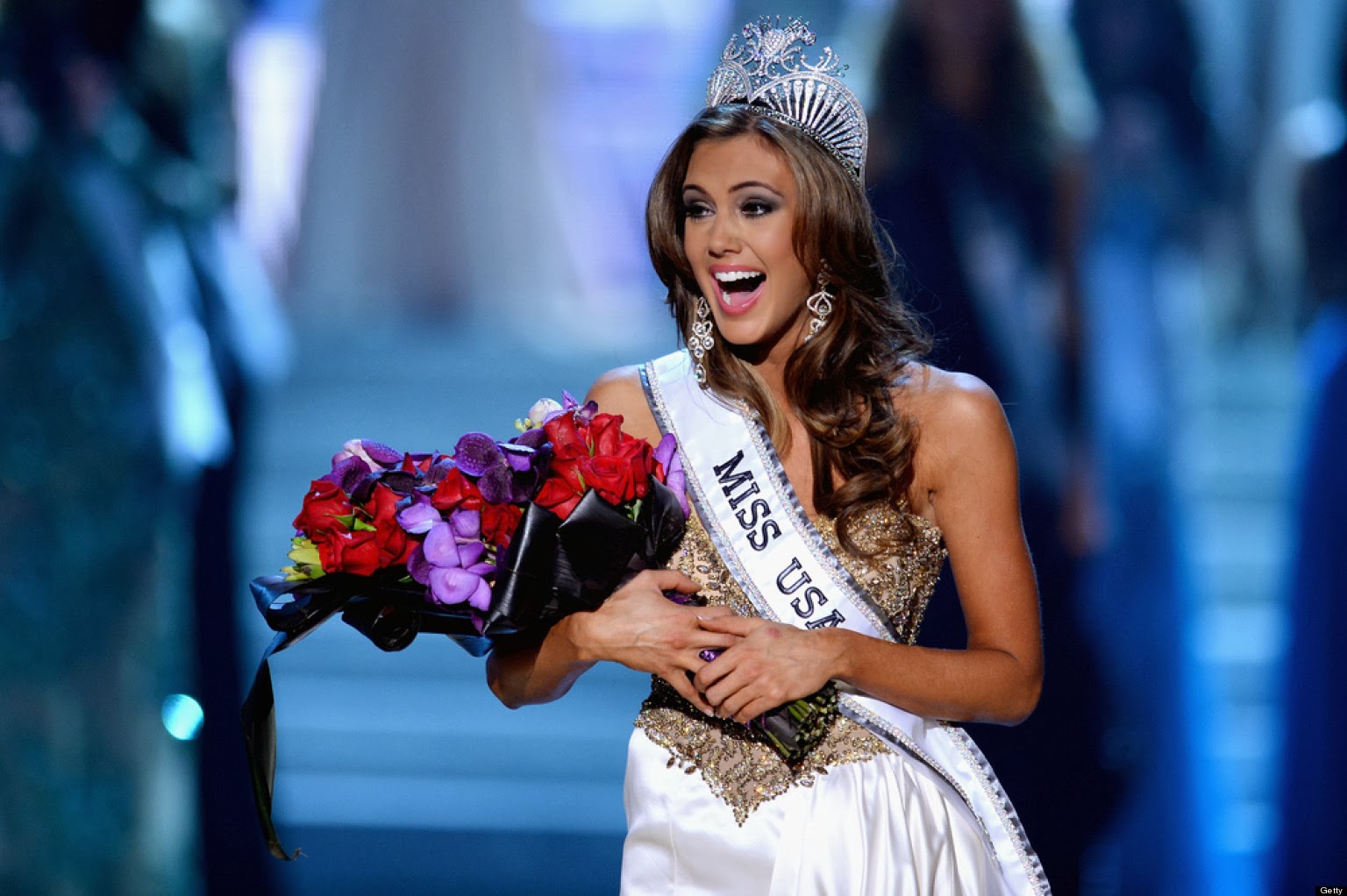 The reigning Miss USA, Erin Brady from Connecticut and Donald Tump, owner of the Miss Universe Organization, just announced on NBC's Today Show that the 63rd Miss USA will be crowned on June 8 in Baton Rouge, Louisiana. 51 delegates representing the 50 states and the District of Columbia will compete for the Miss USA 2014 title. The winner of Miss USA will live in New York for the year of her reign and represent the USA at Miss Universe 2014.

OFFICIAL PRESS RELEASE FROM PR NEWSWIRE:
NEW YORK, March 13, 2014 /PRNewswire/ -- NBC, Donald J. Trump and Paula M. Shugart, president of the Miss Universe Organization, announced today that the 2014 MISS USA® Competition will air LIVE from Baton Rouge, Louisiana on NBC Sunday, June 8 (8-11 p.m. ET) from The Baton Rouge River Center.
"Since the inception of its Film Commission in 2007, the city of Baton Rouge has quickly become a filming destination for the entertainment industry," says Trump. "There has been an astounding amount of growth in a short amount of time with over 127 productions generating 700 million dollars directly for the city," adds Trump. "We are happy the Miss USA telecast will put a focus on the huge economic development that has occurred there."
"We developed strong ties with Mayor Holden and everyone in the Baton Rouge community when they hosted the Miss Teen USA pageant in 2005 and we anticipated coming back the following year. However, three weeks later, the city was faced with challenges left by Katrina when the population doubled overnight due to people in damaged areas seeking safety and shelter," explains Shugart. "The sense of community that Baton Rouge has is incredibly inspiring and the hospitality shown to us while we were there was second to none. I am looking forward to bringing an event back to Baton Rouge to experience the charm of the Capital City."
"We are delighted to host the 2014 Miss USA pageant," said Paul Arrigo, President and CEO of Visit Baton Rouge. "The 2005 Miss Teen USA pageant was a huge promotional success. In 2014, we can look forward to prime-time television exposure, international television distribution to almost 70 countries, vast web traffic, endless social media mentions, press coverage, and local economic impact," adds Arrigo. "In partnership with the Louisiana Office of Tourism, the city of Baton Rouge, the Baton Rouge River Center and L'Auberge Casino Hotel Baton Rouge, we look forward to this tremendous opportunity for Louisiana's Capital City!"
Known as the "Capital City," Baton Rouge represents the best of Louisiana's vibrant culture and is recognized for its lively music scene, unique food and proud people. The thriving city is home to two major universities, diverse career options, booming business opportunities and endless arts and entertainment attractions. The Miss USA coverage will highlight the wonderful growth of the destination and its many offerings for visitors and locals alike. Whether it's Mardi Gras, food, music, or the tradition of tailgating, Baton Rouge takes advantage of every opportunity to revel in the good times.
"It is an honor to host the Miss USA pageant in Louisiana," Lt. Governor Jay Dardenne said. "It is an incredible opportunity for Baton Rouge to shine on a national stage and I expect the delegates will enjoy our unique culture and joie de vivre."
Mayor-President "Kip" Holden said, "We have been working very hard to bring the 2014 Miss USA pageant to Baton Rouge and are extremely proud to be the host city.  There is no question that our flourishing film and television industry, which the nation just saw showcased at the Academy Awards ceremony, our highly successful annual events like the Bayou Country Superfest and a revitalized downtown area all played major roles in our selection.  Baton Rouge has come so far since the very successful 2005 Miss Teen USA pageant was here, and we look forward to again hosting an event that will have people in all 50 states focused on Baton Rouge, one of America's truly great cities."
Returning as executive producer for the third consecutive year is Barry Adelman of dick clark productions (dcp). The 2014 MISS USA® Competition will feature contestants from all 50 states and the District of Columbia. Contestants will be judged in three categories: swimsuit, evening gown and interview. The show concludes with one contestant ultimately being crowned Miss USA 2014.
Last year's telecast concluded with Erin Brady, Miss Connecticut USA, being crowned Miss USA 2013. The MISS USA telecast now reaches approximately 70 countries and territories. For more information, visit www.missusa.com.
ABOUT THE MISS UNIVERSE ORGANIZATIONThe Miss Universe Organization, a Donald J. Trump and NBCUniversal joint venture, is a global community empowering role models of beauty, health and leadership for young women of today. As part of the Miss Universe Organization, Miss USA is dedicated to partnering with charities around the world, and to increasing awareness of breast and ovarian cancers. For more information, visit: www.missusa.com.
FOLLOW MISS USA:
ABOUT VISIT BATON ROUGE The mission of Visit Baton Rouge is to increase visitation to and awareness of the Baton Rouge Area, therefore enhancing economic impact. For more information, log onto www.VisitBatonRouge.com. #GoBR