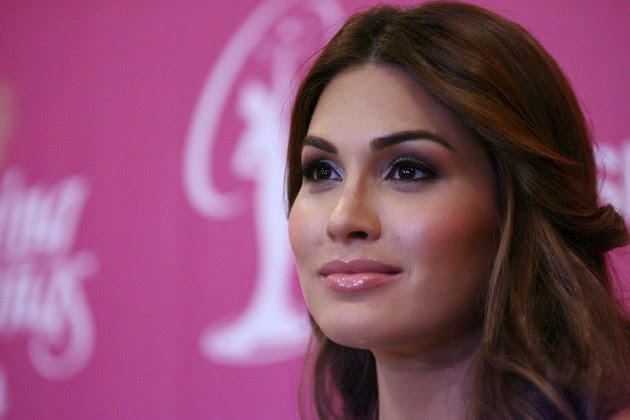 The reigning Miss Universe, Venezuela's Gabriela Isler, touched down in Manila yesterday afternoon accompanied by the president of the Miss Universe Organization, Paula Shugart. They will attended the Binibining Pilipinas 2014 Pageant this Sunday at the Smart Araneta Coliseum. The winner will represent the Philippines at Miss Universe 2014. During a press conference shortly after her arrival, Isler expressed her desire to learn more about the culture of the Philippines and try the local food. She continued to proclaim that Filipinos are the greatest fan base of the Miss Universe Pageant. An important event during her stay in the Philippines will be visiting victims of Supertyphoon Yolanda in Palwan.
Posted by Andre at 10:47 AM