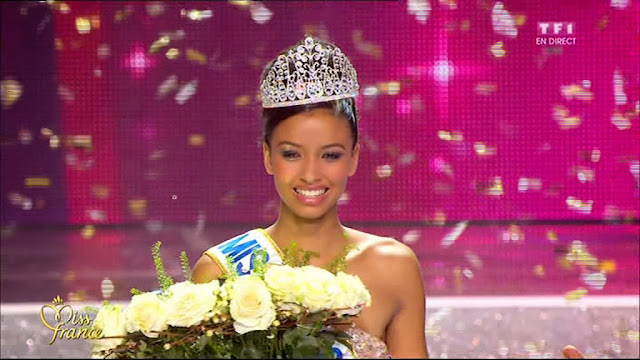 Miss Orleanais, Flora Coquerel, defeated 32 other beauties to be crowned Miss France 2014 in Dijon last night. The 19 year old beauty stands 1,81m tall and will spend the next year fulfilling her duties as Miss France. Among them will be competing at either or both Miss World 2014 in England and Miss Universe 2014 that might be held in Brazil. 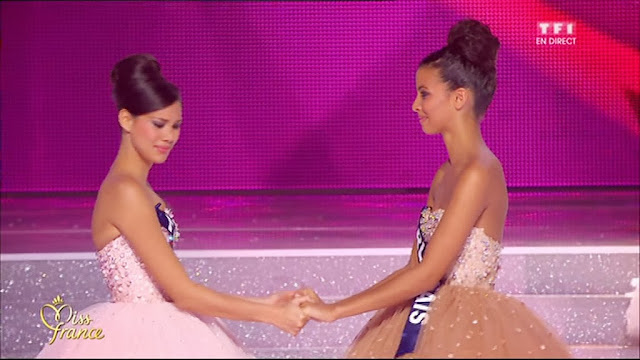 For the second year in a row, Miss Tahiti, was named the first runner-up. 22 year old Mehiata Riaria will be called upon to represent France internationally if the winner is unable to do so, or assume the title should the new winner be unable to fulfill her duties. She stands 1.78m tall. 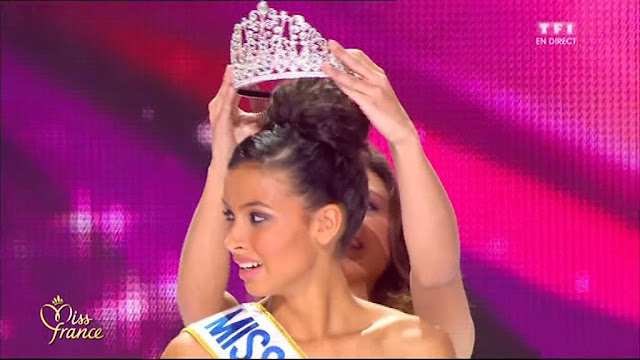 Flora is a beautiful girl. I could see her do VERY well at Miss World. Would love to see Tahiti go to Miss Universe. The French public made a great choice!!

Photos: Miss France Organization
Posted by Andre at 9:46 AM