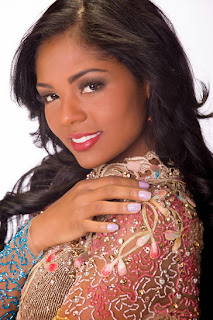 To be honest, I think Vaumara would is much better suited for the Miss World Pageant. She has a really pretty face but her time in Moscow can be described as quite lackluster – just like her intro video which in which she appeared sweet but so demure. Then came the preliminaries and I was actually really very pleasantly surprised. She definitely saved the best for when it really matter and could be in contention for a top 16 spot. 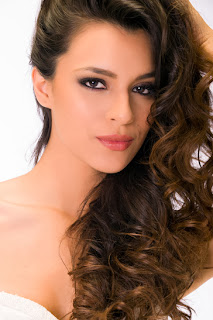 Brenda has one of the most stunning faces for me. I think she’s incredibly beautiful and she has a real shot at making the top 16. She gave two solid performances - I actually liked her more in gown than swimsuit. What worries me is that she does not seem to have the sparkle Latinas usually have. It was more forced than effortless! It could really go either way for her. 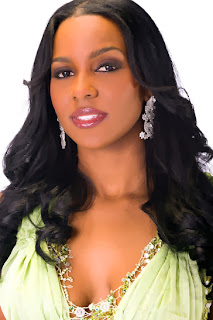 Stefanie’s facial beauty is her best asset but I think she got lost in the crowd. I would say she was much better in swimsuit than in gown. I didn’t like her gown that much. She was by no means a terrible representative for her country but I think the competition is just too tough. 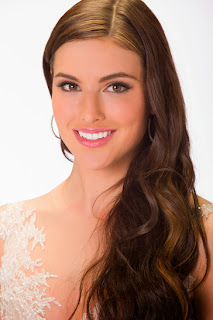 Australia has done really well at Miss Universe recently. This year they selected a delegate that a bit different from the regular look they go for but it is kind of refreshing. I must say that I am hot and cold with her. Sometimes she blows me away and other times I’m left wanting more from her. However, if some of the other favorites fizzle, I can see her sneaking in and doing unexpectedly well like Jesinta Campbell did in 2010. Her preliminary swimsuit performance was quite underwhelming for me but then I found her great in gown. So, I’m curious to see if the judges’ love for Australia will continue. 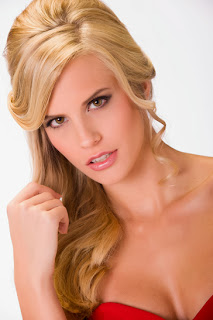 Austria is back for the first time in almost a decade and they sent a really solid competitor. Doris is one of the best blondes and if the Miss Universe Organization is interested in enticing Austria to come back again next year, then I do think that Doris could be awarded a Trump card. She would not look out of place in the top 15 but her walk is not that strong. 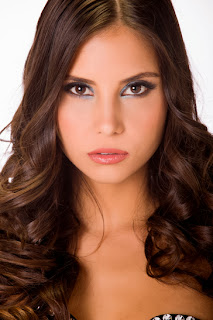 This is Azerbaijan’s first time at Miss Universe and their first delegate, Aysel Manafova, is a really striking girl. Now, would I say she’s strong enough to place? I would say NO. But we can’t forget that the Miss Universe Pageant is being backed by an Azerbaijani billionaire and that means their first delegate can go much further than we anticipate. I would be disappointed if that’s the case. (I have to admit: she did do well in the preliminaries. Even though she looked quite cold. She should smile more.) 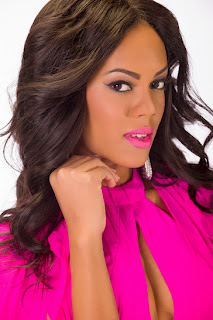 I expected a bit more from Lexi. She is a good looking girl but I don’t think she was very consistent. She looked amazing at times and just OK other times. Her swimsuit performance was great but I don't think that hot pink gown worked. It was too much for my eyes. I think the Bahamas will have to wait a bit more for a placement. 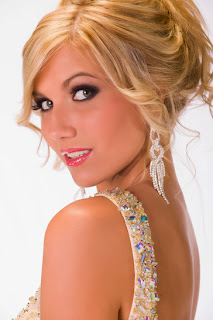 Belgium did (unexpectedly) well at Miss World but I don’t think they will have the same luck at Miss Universe this year. Noemi has actually improved a lot throughout her year but I think she was still overshadowed by a lot of other girls here. She can be very proud of doing so well at Miss World though. 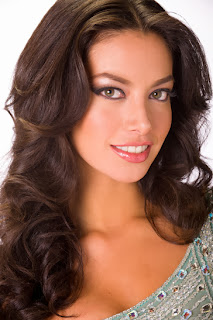 Alexia had a very long time to prepare – more than a year. And it definitely shows. I think she is a very strong competitor. For most of her reign, I was not always sure if I find her stunning or slightly strange-looking. But I think she is WAY more telegenic than photogenic. I was blown away by her introduction video and I think she looks, speaks, and acts like a Miss Universe.  I don't think I was totally blown away by her in the preliminaries but there's definitely a strong competitor. I’m Team Europe this year but a top 10 placement is not out of the question for this lovely lady. 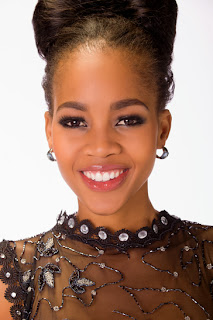 I think she’s adorable and really well-spoken but I’m not sure if she could hold her own at competitors who have been preparing for this title for many months before she event entered. Kudos to her for making it to the pageant and representing her country well.
Photos: Miss Universe Organization
Posted by Andre at 9:28 AM