BACK TO BACK WIN FOR NEW YORK AT MISS AMERICA

Miss New York, Nina Davuluri (24), defeated 52 other delegates to become the first Miss America of Indian descent on Sunday night. The Miss America 2014 Pageant was broadcast live on ABC from the Boardwalk Hall in Atlantic City, New Jersey. The pageant used to take place in Atlantic City before it moved to Las Vegas after it's 2005 edition. Davuluri was crowned by outgoing Miss America, Mallory Hagan who won Miss America 2013 for New York last January in Las Vegas. Davuluri is the 87th Miss America and the fifth woman from her state to hold this title. 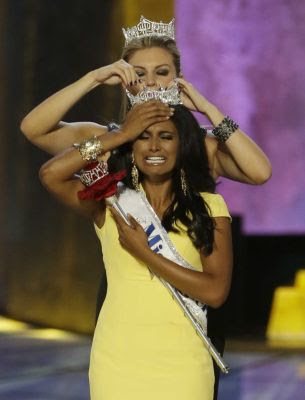 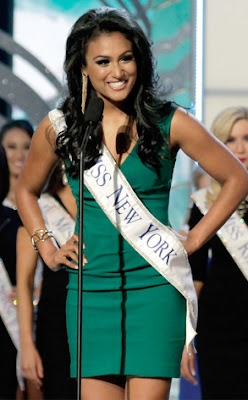 Well done to Miss New York! I totally missed her because I thought that ridiculous nonsense would hurt her chances but I'm glad they didn't. So glad she won. She seems like a deserving winner. Super happy that a girl with Taiwanese roots came second.
Posted by Andre at 12:39 PM