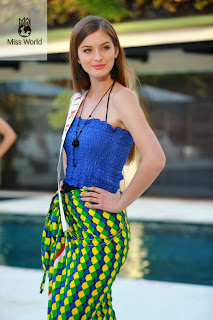 Not only is Anna insanely beautiful (like most of her predecessors),  but she also has the spark, presence, and personality that most of them lacked. The Miss World judges seem to be in love with her so I think she will definitely do very well on the final night. If they are too torn between Philippines, Brazil, and France, they could even just decide to crown this lovely lady. 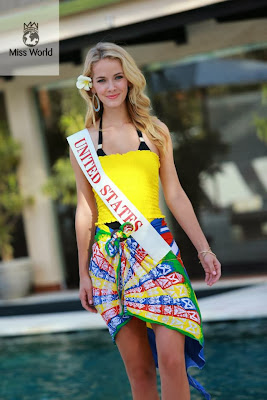 Olivia’s chances significantly improved after winning second place in Top Model. I’m now pretty sure she will be in the top 10. Her previous experience at Miss California USA definitely worked to her advantage. She is a pageant pro. She is tall, stunning, and she will do her country proud on the Miss World stage tonight.


** I wonder who the new franchise holders of her country are. It’s time for a REAL Miss World United States Pageant. Even Miss Earth and Miss International have pageants in the USA. It’s shameful that Miss World does not. 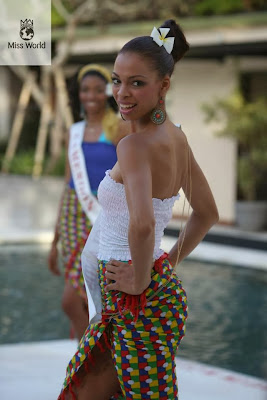 A credible showing in the Beach Fashion Challenge Event (top 33) is enough for the people of the US Virgin Islands to be proud of their delegate this year. Petra kind of reminds me of Tatum Keshwar who represented South Africa in 2009. I don’t believe she could emulate their 2011 placement but she did well. 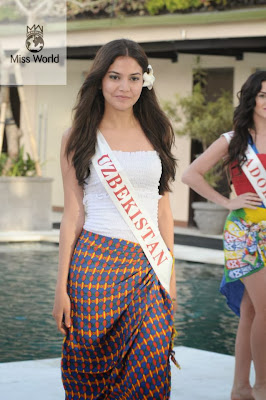 The girl at the center of the strange “imposter gate” “scandal” which got lots of media attention! (http://www.foxnews.com/world/2013/09/17/mystery-surrounds-miss-uzbekistan-at-world-beauty-pageant-after-officials/_) I must give her credit for being a really pretty girl. She will definitely not place but she did not look out of place at all – now, I can’t resist: will the real Miss Uzbekistan please stand up! 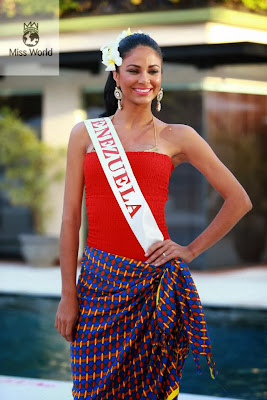 Karen was rumored to be Osmel Sousa’s favorite for the Miss World Venezuela Pageant. In fact, she was rumored to win right from the beginning and she did. This year Osmel followed Julia Morley’s orders and staged a Miss World Venezuela Pageant. Will she reward him for that? That remains a mystery as Karen was only recognized in Beach Fashion so far! 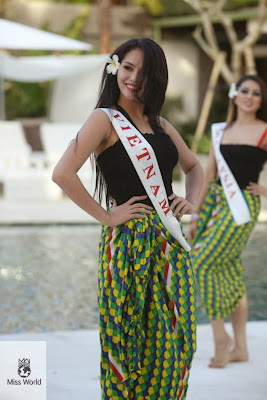 Miss Vietnam is really pretty but she did not really have anything that set her apart from the rest of the girls. It’s sad that the Asian group was so strong otherwise she would have had a much better shot. I am not sensing a placement for Vietnam this year. 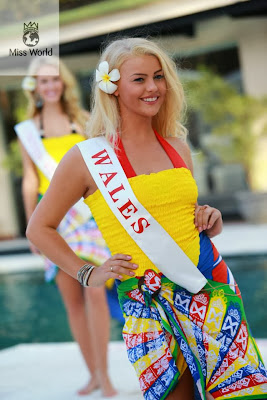 One of the hardest tasks at this year’s pageant would probably be for the title holder in Wales. Emulation last year’s delegate’s amazing first runner-up finish. Sophie Moulds set the bar insanely high and it was basically impossible for the next title holder. I must commend Gabrielle for working hard to improve her look since her crowning and being in the top 12 of Talent! 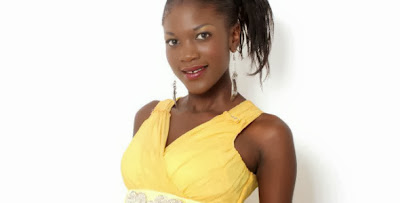 After many challenges and stumble blocks, Christine FINALLY made it to the Miss World stage. Even this time around it was such a challenge for her that she arrived more than a week late! I have to admired and salute her courage and determination and I hope she had a great time at Miss World.
Photos: Miss World Organisation
Posted by Andre at 10:45 AM