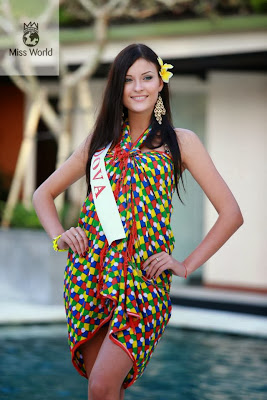 Valeriya is actually one of the major surprises of this pageant. She is an absolutely stunning and natural beauty – she’s got the kind of gorgeous face the Miss World judges favor. Being named one of the top 11 in Beach Fashion and being in the running for that title, should also be a major boost to her confidence. If her interview went well, and she has a good BWAP project, she could be surprise top 10 finalist on the night. 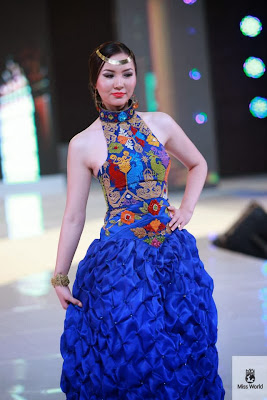 Mongolia will have to go all out to find a delegate that is as stunning as the girl they sent in 2010. Even though Pagmadulam didn’t look out of place between the other girls, I don’t think much will happen for them this year. 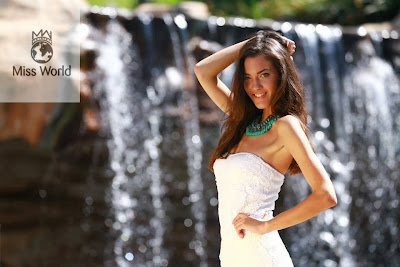 Ivana’s major achievement at the pageant was being one of the top 20 finalists in the Sports Challenge. I don’t think it would be enough to bring her close the top 20 but it’s something to proud of for sure. 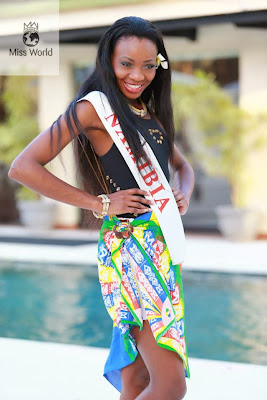 Paulina did her country super proud last year when she was named one of the top 15 finalists at Miss International. She then went on to clinch the Miss Namibia title a few weeks ago which led her to Miss World. Miss World is a bit of a different ballgame. Fighting to be in the top 20 out of 127 is gruesome. She is truly a beauty with a purpose and she has every reason to be proud of the way she represented her country but I’m not sure if she can duplicate her Miss International placement. 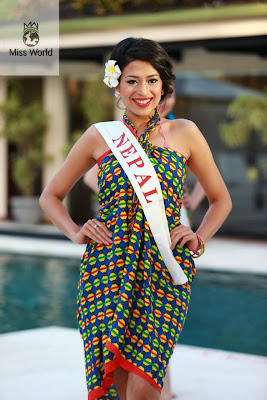 Nepal was a hot favorite for the Miss World title last year and many fans (including myself) believed their delegate should have at least been in the top 15. This year, to my shock and surprise, after the challenge event results were announced today, it seems like their delegate came from nowhere to actually be in the running for a top 20 spot. She won Beauty With A Purpose and was third in Multimedia. She's pretty much guaranteed a spot in the top 20 but my heart is still bleeding for last year's girl. 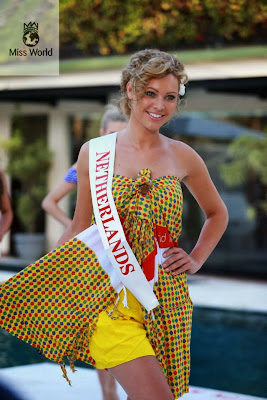 Jacqueline is just lovely. She has a very different look which makes her stand out in the crowd. She seemed so relax the whole time she was in Indonesia and it seems like she is genuinely nice. It also looks like the organization likes her a lot so I’m expecting her to do well. She’s in the running to win Sports (and I hope she does - Updated: and she did!) and I believe she will do well in interview and BWAP. She will probably finish in the top 20, or top 10 if she’s really lucky. 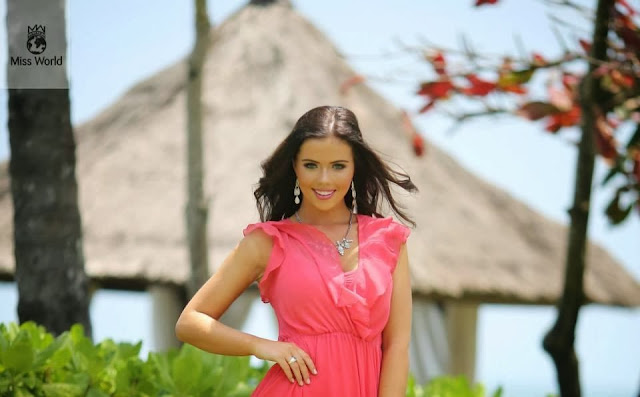 Ella is really beautiful – also like Miss England her roommate – in a 70s way. I actually thought NZ would outperform Australia this year but in the end it seemed like Australia was favored more by the MWO. I think Ella’s biggest problem was her styling could have been a bit younger and fresher. She could probably use the experience she gained here and try her luck at another pageant because she is really beautiful. At least she can go home feeling proud of her top 20 placement in Sports and being a great representative for her country. 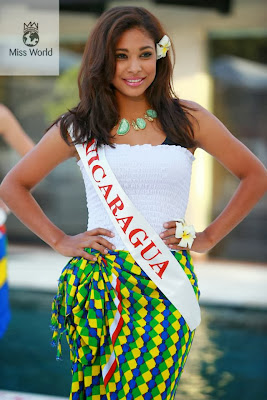 In general, I feel that Luz did a really good job at representing her country. She was well-groomed at all times and she seems like a bubbly and charming lady. She is still in the running to be named Miss World Sports and if she does that would be a major achievement for her. 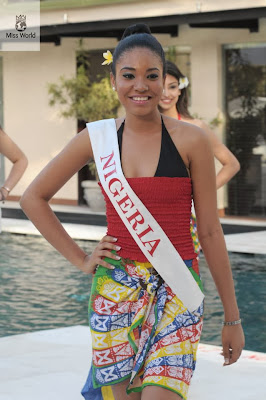 I honestly always expect great things from Nigeria but they’ve missed the mark a lot the last few years. I can’t remember seeing many photos of Anna and it seems like she just happily faded into the background. I need to see a Nigerian stunner like Agbani fight for the Miss World crown in the very near future!!! 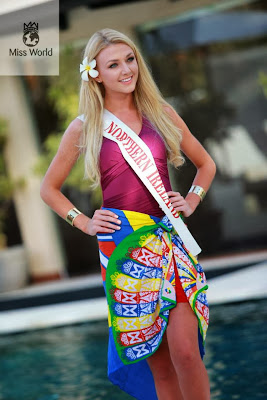 Meagan is lovely. She has a gorgeous face and stunning eyes. She made it to the top 20 of Sports so realistically speaking it seems like she it will be between her and England for the Miss UK title. Northern Ireland has sent girls that were consistently strong over the last few years and Meagan definitely fits into that category. She should feel proud of a job well done.
Photos: Miss World Organisation
Posted by Andre at 11:40 PM