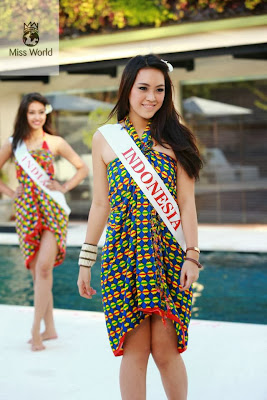 If this was Miss Teen World, I would have no problems with Vania winning. She’s pretty, charming, and talented. But as always, being the host contestants has helped her and Indonesia will receive their best placement this year. She’s probably going to be in the top 5. She was the winner of Talent and that’s not really a shock or a surprise – she won Indonesia’s Got Talent in 2010. She also has a great BWAP as most other girls from her country did before her and I'm surprised she didn't make top 10 in BWAP. I can deal with her being in the top 5 but if she wins Miss World Asia, I would be a bit disappointed. 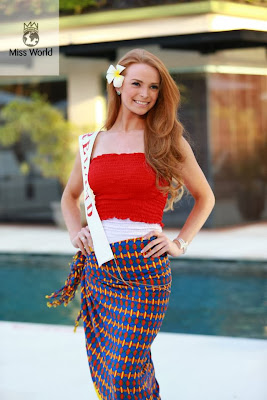 I actually like Aoife because she’s so different and has this delicate beauty that makes her stand out. It’s very easy to recognize her and as Miss World doesn’t let their girls wear sashes, it’s sometimes hard to know who is who. I don’t think she’ll place in the top 20 but she did her country proud. 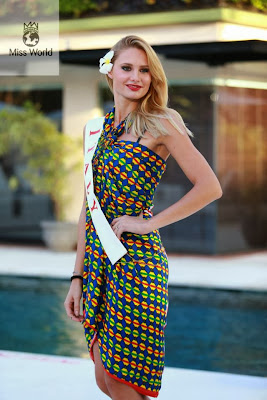 The judges seem to have mad love for this girl and I don’t quite understand it. There must be something I’m missing. Actually, a lot of pageant fans have raved about Sarah, so I’m pretty sure it’s me. I find her attractive but never found her to be such a Miss World type that she’s be fighting for the Miss World Europe title… but I can’t deny it – she is definitely in the running for that title… and also a top 5 spot. 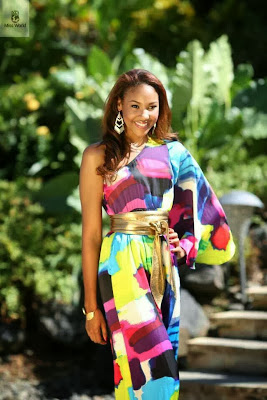 Jamaica’s Gina won me over at her pageant with her great energy and lovely personality. She is very likeable and Jamaica has such an amazing track record at Miss World that their delegates always get noticed. She will probably get top honors in the Caribbean. I think she could make it all the way to the top 10. It wouldn’t be undeserved at all. Congratulations, Jamaica… you got it right again. 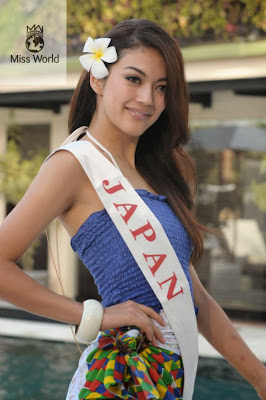 Michiko is BY FAR the BEST delegate Japan has sent in many, many years. I adore her and I think she as pretty as a doll. She also seems really sweet and sincere. The new Miss World Japan franchise holder had a great start with her as their representative. The Asian region is so competitive this year but I really Japan could snatch a place in the top 20. 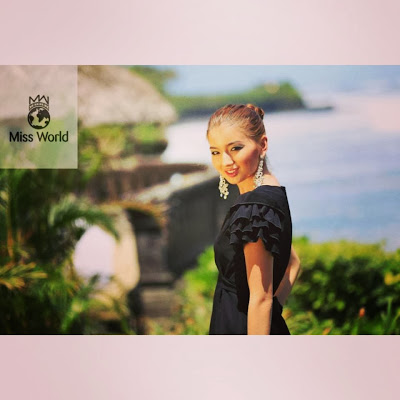 Initially I thought Ainyr’s exotic beauty would captivate the Miss World judges. But she showed up in Indonesia and she looked totally different. She changed her hair color for the pageant and honestly, it changed her whole look. And not for the better! I really preferred her with her old hair color. 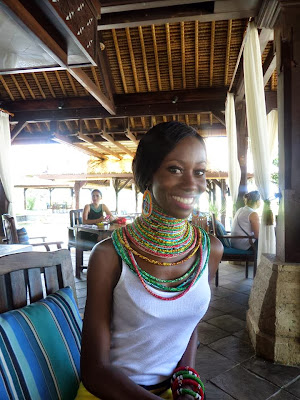 To my surprise, Miss Kenya was one of the top 15 last year. This year they will probably not as lucky but nothing can really shock and surprise me anymore. I think Kenya will definitely have a good BWAP project so she could score major points there but I think the organization has some other favorites in the African group this year. 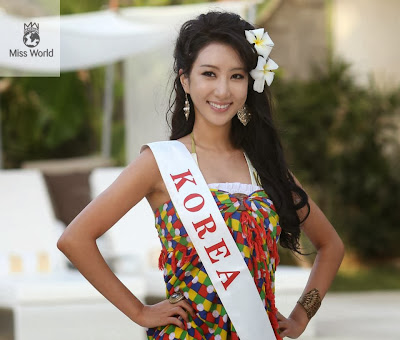 Due to the court case that dragged on for a long time, the Miss World Korea Organization has not had a pageant since their first one in 2011. They sent the 2nd runner-up of that year. I think they could have at least had a casting or something. I think Min was one of the weaker ones in the Asian region and I hope they will do better next year. 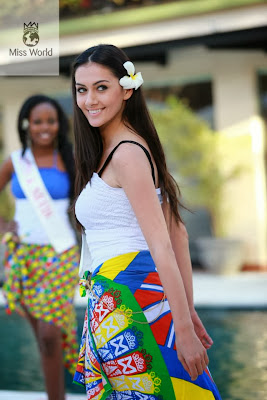 Kosova sent a very strong delegate in the form of Antigona for their first outing at Miss World. Her modelesque, compelling beauty sure captured the attention of fans around the world. Perhaps she is a bit too “fierce” for the Miss World judges’ liking but at least she gave a very credible performance. 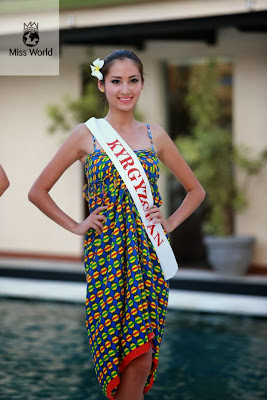 I think Zhibek is absolutely stunning. Her beauty is so exotic and alluring that you can instantly recognize her. She would definitely not look out of place in the top 20. I am keeping my fingers crossed for a breakthrough for this relatively new country in the Miss World family. The fact that she made top 33 in Beach Fashion means there is more than a glimmer of hope.