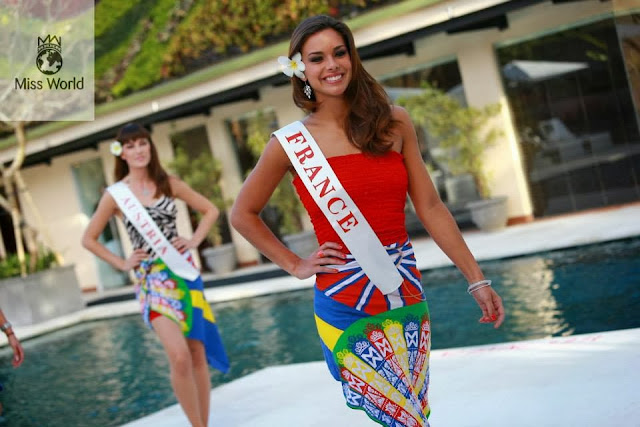 Marine is just absolutely stunning. She has been shining since day one. I think Miss World fits her like a glove – this is the competition for her for sure. She seems to be a genuinely sweet and sincere girl and that always goes down well at this pageant. Partnered with her alluring beauty that really captivates you, I feel that is has the complete package that the Miss World judges are looking for. It’s definitely between France and Spain for the Miss World Europe title… and I’ll even go as far as saying that she could steal the crown away from more heavily favored girls. I keep saying this but the African girls are really strong this year. Their second ever contestant is very pretty but she was just outshined by several other delegates. Brunilla was a good representative and her country can feel very proud of her but I think the group is just too competitive. I’m expecting a breakthrough for Gabon real soon though. 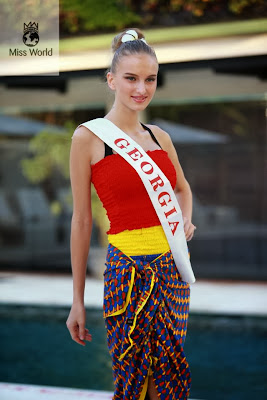 Honestly speaking, I feel Tamar was much better suited for Miss Universe than for Miss World. She captured a lot of attention at Miss Universe because she is really fierce. Unfortunately most of that just gets lost at this pageant. She was amazing on the runway and should have been selected as a top model finalist though. Georgia’s decade long drought is likely to continue. 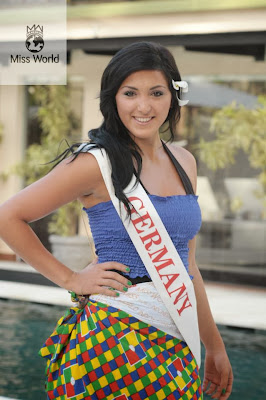 Germany used to do so well in almost every single pageant there was but their glory days have been over for decades now. I’m still waiting for a stunning German to come a long and stun us all this pageant. Amina  was crowned only days before the Miss World Pageant started. She did her best to get ready in such a short period of time. 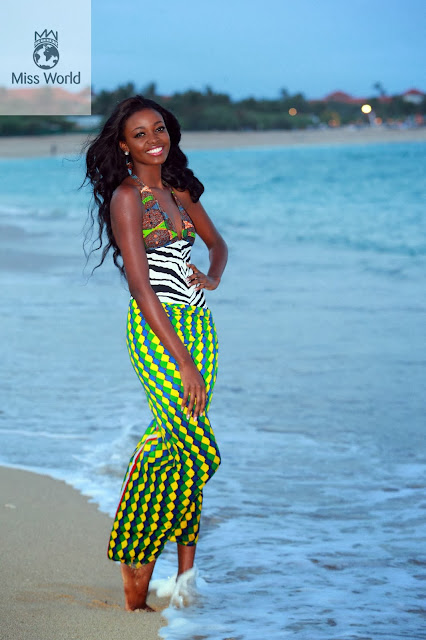 My African Queen!!!!!!!! There is no doubt in my mind that Carranzer will be Miss World Africa and I wish we could have more than one Miss World this year. It’s time for Africa again – it has been for a while. Carranzer is tall, stunningly beautiful, and she definitely has the aura of a Miss World. Her Beauty with A Purpose project is absolutely amazing and I was deeply touched by it. I hope she wins the Beauty With A Purpose Award. Carranzer is Africa’s top bet this year and an absolutely crown contender. She should definitely be in the top 3. 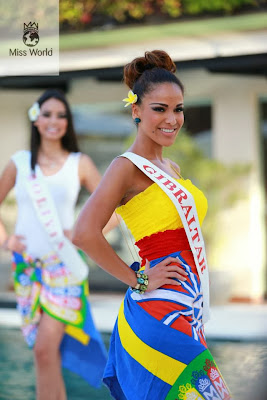 Maroua is the best delegate Gibraltar has sent since Kaiane in 2009. In fact, I honestly think she is even more beautiful than Kaiane. Something   I was worried about before the start of the pageant was her photo shoots which were a bit on the sexy side but she’s toned her sexiness down for Miss World. She seems to have loads of support from her countrymen and I believe that she’s in contention for a top 20 spot. 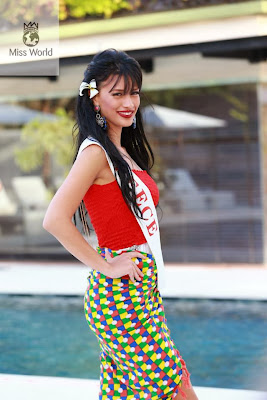 Athina should have left her hair blonde. It was far more complimentary  and highlighted her beauty much better. The black hair didn’t work and it made her look harsh and vampish. With some questionable styling choices, she almost became cartoonish. It could have been a whole different story if she kept her hair blonder. 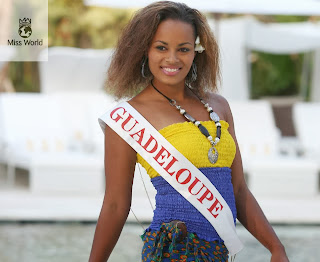 Last year I was rooting for Guadeloupe like crazy and felt that their stunning delegate should have made it to the top 15. This year I think that there are other delegates in her region that will do better than Sheryna.  Hopefully she had a wonderful Miss World experience though. 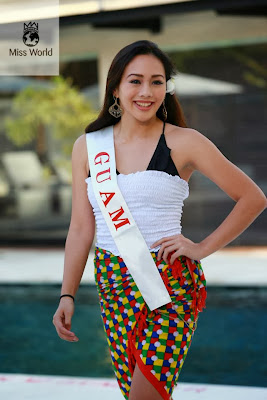 Guam’s delegate last year did so well to be in the top 30 but this year I think their delegate is just too young and inexperienced to even try to make a real impact. Better luck for next year for them though. 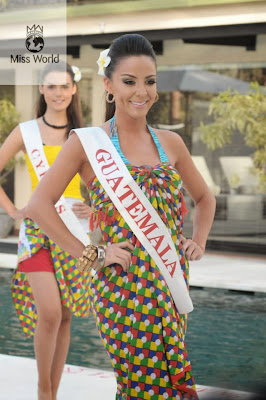 Loraine is another delegate that surprised me. She is radiant and styled really well. She did actually impress me much more than I thought she did. I don’t think she’s in serious contention for a top 20 spot but if her interview went well and she gets a few more valuable points in the challenge events, I don’t think a placement is totally impossible.
Photos: Miss World Organisation
Posted by Andre at 6:38 AM