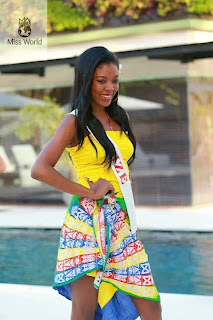 Idolly is definitely a really nice surprise. She is beautiful, bubbly, and well-spoken. Can she squeeze into the top 20? With so many girls taking part, it’s a bit of an uphill battle as she didn’t really feature in any of the Challenge Events but she certainly did herself and her country very proud. 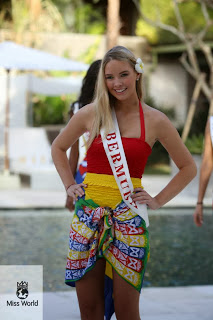 Bermuda sent one of their strongest representatives in a very long time. Katherine has that really captivating girl-next-door beauty that goes down very well at Miss World. It’s interesting to note that a lot of fans have noticed the striking resemblance between her and this year’s representative from the United States, Olivia Jordan. Sadly she didn’t do very well in the challenge events, but we are still rooting for Bermuda to be called into the top 20. 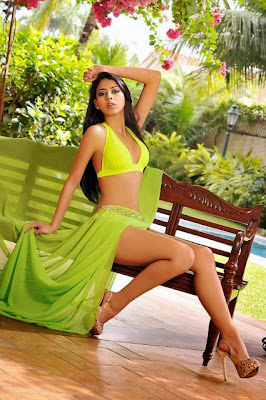 I wasn’t very optimistic about her chances at first but she has grown on me. Maria is extremely vibrant and likeable. I’m expecting her to do very well in the interview segment. Her energy, presence, and awesome personality could make her a surprise inclusion in the top 20. 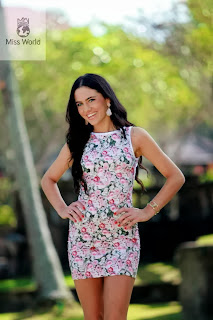 Sanda seemed to be having a good time in Indonesia. In all the photos I saw of her, she looked radiant and happy. I hope she leaves with loads of great memories and many new friends. 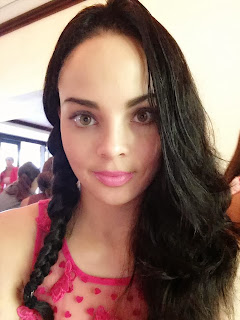 The African group is really strong this year and I definitely think there are stronger competitors from this region but that being said Rosemary definitely did her country proud. She is beautiful and she has something special about her which makes her stand out in a crowd. She looked absolutely beautiful when she was doing the fan dance during the opening ceremony. 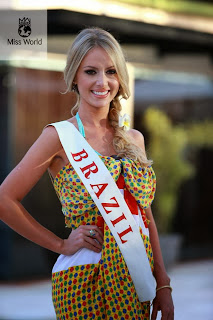 While I was watching this year’s Miss World Brazil Pageant, I just fell in love with Sancler. She has this amazing radiance, that special quality that makes girls shine. She is absolutely stunning and for a while there she had me worried. I thought she had lost too much weight and looked a bit tired but when she arrived in Bali, it was game on. This gorgeous blonde is  there to win a Miss World crown for her country and I strongly believe she will feature somewhere in the top 3. Sancler is one of my hot favorites to win the Miss World crown this year. 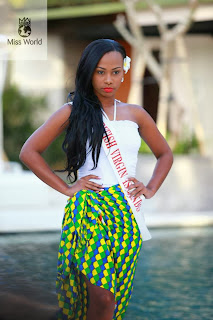 Kirtis must be commended for her amazing fourth place in the Talent Challenge Event. That’s a wonderful achievement for her country and she did them proud for sure. As it’s the first time since 2001 for her country to be represented at Miss World, it was nice to see them feature somewhere and I hope this is an inspiration to her countrywomen to give the Miss World title a shot. Well done, Kirtis. 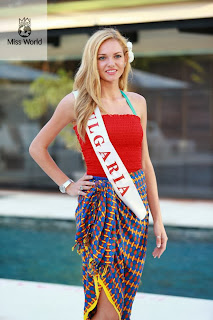 I have to admit, I was wrong about Nansi. When she was crowned, I thought she was quite plain and would go unnoticed. But that was wrong. She is actually very beautiful and makes and impact without trying too hard. She as in the top 33 of the Beach Fashion segment and is also one of the 5 girls in running for the Miss World Sports and Fitness title. We could very well see Bulgaria place again for the first time since 1995. 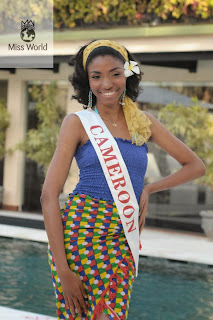 This is the first time that Cameroon is represented at the Miss World Pageant and their very first delegate did an exceptional job.She was chosen to attend the first press conference also indicates that the organization noticed her too. This was confirmed when she made it to the top 10 in top model. This will give her a huge advantage and she could be steal the Miss World Africa title away from Ghana.  Great job, Denise! You have surely made your country proud!!! 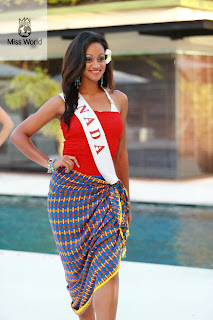 Along with her roommate, Australia, Camille was featured a lot in of the daily webisodes on www.missworld.com! She is a very strong speaker and when she opens her mouth, you want to listen. Her strong personality, intelligence, vivaciousness could win her some major points. I can totally see how Mrs. Morley could like her a lot. She’ll get major points in interview and her 5th place in the Talent Competition would add an extra boost in her ranking.
Photos: Miss World Organisation
Posted by Andre at 10:23 PM