Even though the pageant is now scheduled to take place in Bali which is far more liberal, the threats of the extremists continue. It’s disappointing that these extremists don’t really take a look to see that the Miss World Organisation does a lot of good in this world. There is far greater evil in this world. Now, we really hope that the local organizers are extremely prepared to ensure that nothing terrible happens. 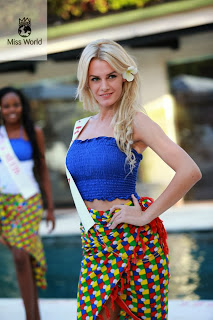 Ersela is a stunning blonde and I really thought she could secure a placement for her country at Miss World this year. After watching her performance the last few weeks, I still think she is stunning. However, I do feel that she might have been better suited for the Miss Universe Pageant. I think she is too sexy for Miss World’s wholesome image. At least she was rewarded with a top 33 spot in the Beach Fashion Challenge Event. 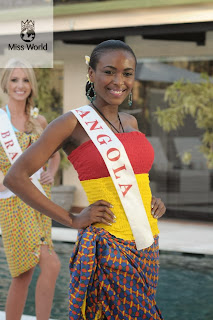 After very strong performances a few years ago, this African nation has lost their magic. The African group is very strong this year and sadly Maria did not really make much of an impact at all. 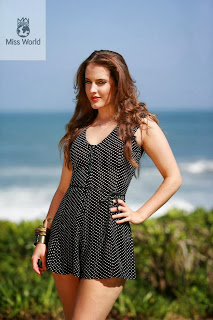 Maria is pretty and she has strong features which makes her stand out. I’ve seen amazing photos of her and then at other times she just faded away in the crown. She does have stunning eyes. She was a competent representative for her country but I have seen stronger delegates from Argentina though. 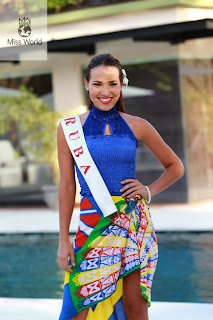 Larisa did quite well at this pageant. She was one of the top 20 in the Sports Challenge and was also one of the top 33 finalists in the Beach Fashion Challenge Event. Despite those achievements, I still think there are other Caribbean beauties who probably place ahead of her. A top 20 placement will be somewhat of a surprise.
Updated: A top 10 placement in BWAP - what a wonderful achievement for Aruba! 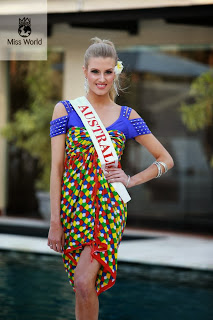 I’m expecting Erin to do very well. Initially I thought that New Zealand would easily outperform her but it seems like the Miss World Organisation loves Erin. She was often featured on the daily video highlights, the Miss World website, and she also popped up in daily photos (taken by the MW photographer) more often than most other delegates.That being said, I was super surprised that she wasn’t one of the top 33 in Beach Beauty. I’m expecting either her or Indonesia to win the Talent Challenge Event so I’m pretty sure she could go all the way to the top 10. 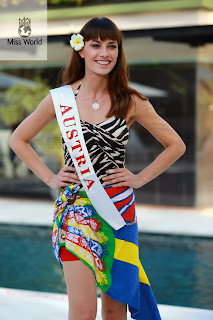 I was quite shocked when Ena won her national pageant but apparently she won it very easily too. I do see the vibrance in her and I think her amazing personality made her very well-liked by all the girls. 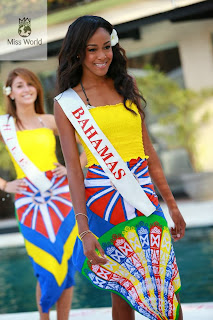 When De’Andra won her national title, I was super excited and thought this was going to be a good year for the Bahamas at Miss World. I still like her a lot and I think she looked very good throughout the competition but I do think there were other girls in her region that will probably steal the Caribbean continental title away from her. She can be very proud of making the top 33 of the Beach Beauty Challenge Event though. 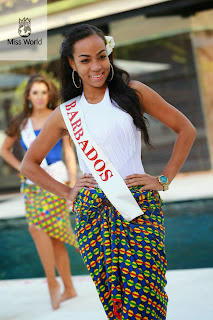 Regina didn’t really feature in any of the Challenge Events so I’m expecting her to miss the cut. I hope she had a wonderful experience in Bali. She is still very young and has a bright future ahead of her. I think she represented her country really well. 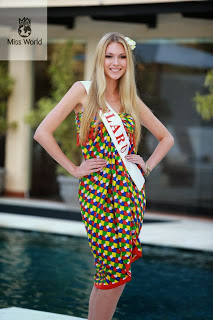 Maryia is very pretty but just like many other Eastern Europeans she lacks the presence to really stand out in a crowd. It’s always sad to see these girls fizzle when they are with 126 other lovely ladies. Still, no one can deny that she is very beautiful and a very worthy title holder. 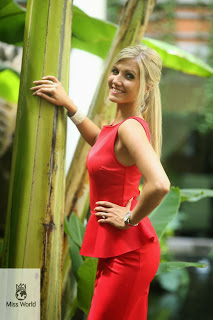 Belgium doesn’t really have much luck at Miss World at all and I’m waiting for the day to see Belgian girl secure a great placement for this country. Noemi has improved since her crowning and she can be proud of the fact that she was in the top 20 of the Sports and Fitness Challenge Event.
Updated: Miss Belgium placed 4th in BWAP - probably the best recognition for Belgium in a long time at this pageant! Well done!
Photos: Miss World Organisation
Posted by Andre at 8:22 PM