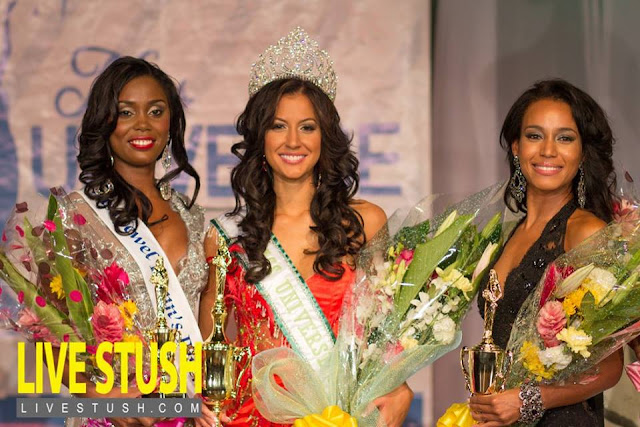 25 year old Kerrie Baylis was crowned Miss Universe Jamaica 2013 on Sunday night following a hastily arranged mini pageant by the new franchise holders of the pageant. She will represent her island nation at this year's Miss Universe Pageant in Moscow, Russia. The first runner-up was Chantel Davis and the second runner-up was Salome Campbell. The third runner-up was Monique Brady and the fourth runner-up was Keshema Scarlett. Pretty girl. She has the potential to make an impact!
Posted by Andre at 12:57 PM