If I were a judge: Miss Universe Germany 2013 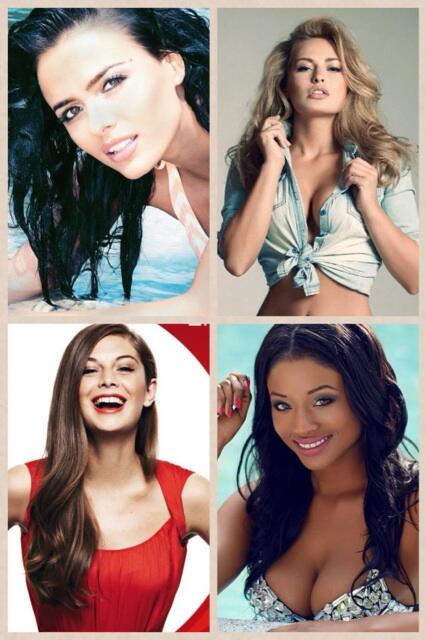 Meet the four girls who are in the running to represent Germany at this year's Miss Universe Pageant in Russia. In the top row on the left, we have Martina Ivezaj, who was Miss World Germany 2012. She made a positive impact at that pageant but failed to be included in the top 30. Then on the right of the top row, we have one of the most popular Miss Germany winners in recent years, Anne Julia Hagen, Miss Germany 2010.
Then in the bottom row on the left, we have Johanna Acs who represented Germany at Miss International 2010 where she was one of the top 15 semi-finalists. On the right we have Maria Sawaneh who was Miss West Africa Germany.

Who will be chosen by Kim Kotter and her team to represent Germany on September 8? If I were a judge:
Miss Universe Germany 2013: Anne Julia Hagen
1RU: Maria Sawaneh
2RU: Martina Ivezaj
3RU: Johanna Acs
Posted by Andre at 8:57 PM