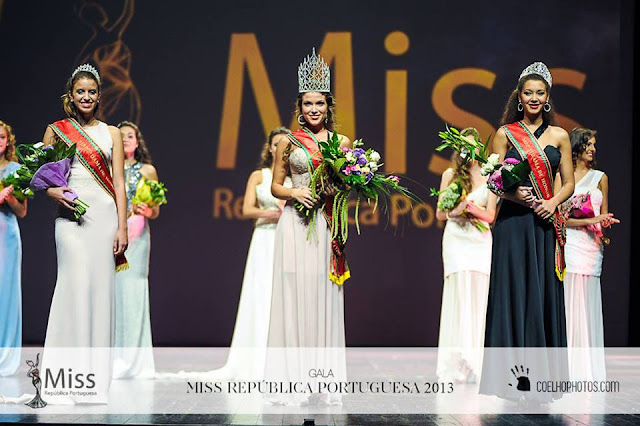 Even though Miss World 2013 has not even started yet, Portugal's hope for the 2014 Miss World title has already been selected. Catarina Skiniotis was named the winner of Miss Repubica Portuguesa 2013. She is 18 years old, stands 1.71m tall, and will represent her country at Miss World 2014. The first runner-up was Ana Bomfim and the second runner-up was Gilda Marisela Silva. 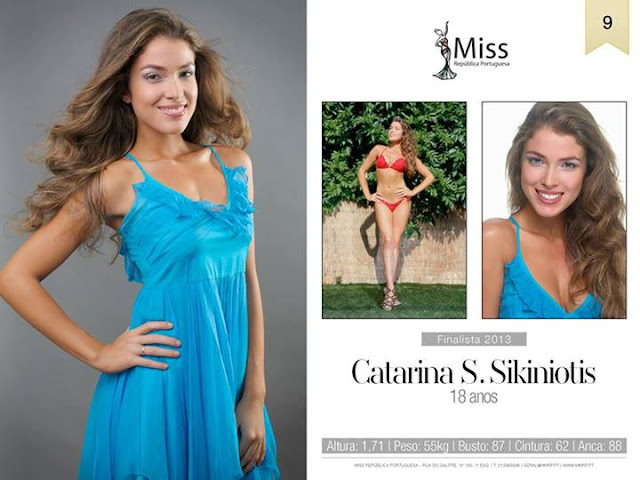 One of the better delegates of a weak bunch! She has potential but she'll have to work hard!
Posted by Andre at 1:46 PM