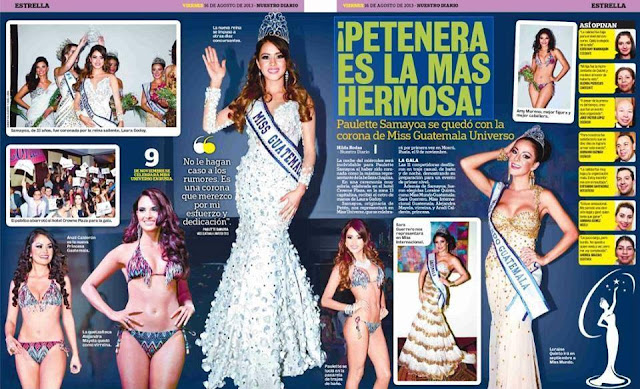 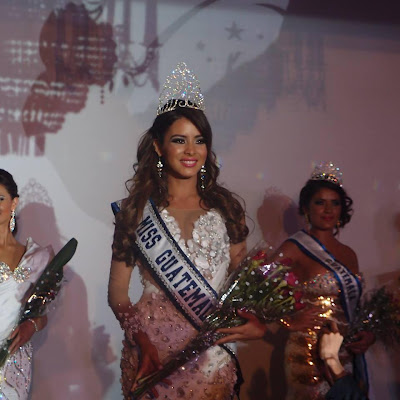 Miss Guatemala 2013 is Miss Peten, Paulette Samayo. She is 23 years old and will travel to Moscow, Russia in October where she will compete for the Miss Universe title on November 9.
At the same event, the two runners-up were also awarded titles. The new Miss World Guatemala is Loraine Quinto (25) and she will have two weeks to prepare for her trip to Indonesia. She will join more than 120 beauties from around the world who will vie for the Miss World title on September 28 in Jakarta. Miss International Guatemala 2013 is Sara Guerrero (24) who will compete for the 2013 Miss International title at the end of this year.


They are not terrible but none of them are spectacular. They all have potential though. I like the Universe and International girls more than the World girl though.
Posted by Andre at 7:24 AM