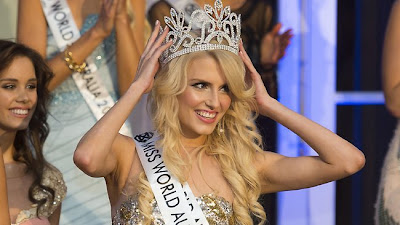 Erin Holland was named Miss World Australia 2013 earlier today in Melbourne. She beat 31 other delegates to win the title and the honor of representing Australia at Miss World 2013 this September in Indonesia. The first runner-up was Natalie Roser and the second runner-up was Yasmin Kasim. Becky Lamb and Esma Voloder completed the top 5. 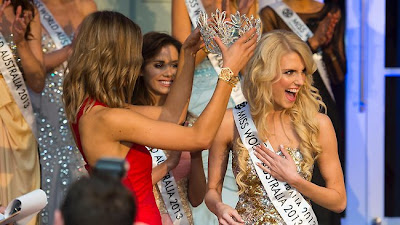 She's pretty but I don't think as strong as last year's winner!