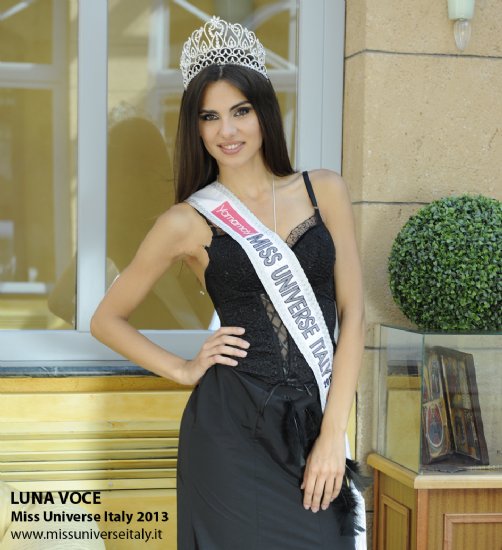 Luna Voce (25) walked away with the 2013 Miss Universe Italy title in Rome last night. She stands 1.77m tall and will now start preparing to represent Italy at the 2013 Miss Universe Pageant in Moscow, Russia. Voce is a pageant veteran having represented Italy at Miss International 2008 and Miss Earth 2009. She also competed in the Miss Netherlands Pageant and won Top Model of the World 2012.

Great choice. She has a very good shot at placing in Moscow.