When Eye For Beauty Blog's Man of the Year 2012, Jason Chee, recently visited Taiwan for a fashion show, it was the perfect opportunity to meet him and see what he is REALLY like. The reason why I chose Jason is because I truly admired his humility and kind nature. I've been in touch with so many pageant contestants over the last few years. There are two distinct categories: the ones who are nice when they want something and others who are genuine people and like to make friends around the world. I am always drawn to those who are genuine - who doesn't like to make new friends around the world?! I always pride myself as a pretty good judge of character, so I wanted to see for myself if he was really as nice as I thought.
Jason jetted into Taiwan in early July for the New Urban Male Taiwan Fashion Show at the ATT Show Box in Taipei's glamorous and upmarket Xinyi area. Actually I am not really that much of a pageant groupie. I follow most of the pageants and post everything on the blog but I don't really very often make friends with the contestants. The more I have become involved in the industry, the more blasé I've become. The beauty industry can be pretty ugly but I have been lucky to meet some amazing website owners, directors, and contestants who I count as friends and/or acquaintances. So, as Jason's visit to Taiwan drew closer, I wasn't really sure if I was going to meet him because I was so busy with moving to a new place and did not really think I had the energy to make an effort. However, as he was about to come to Taiwan, he made an effort to keep in touch - and that made me realize that he is as sincere as I thought he was.
Anyway, so the day of the show arrived and I went off to watch the show with my glamorous and stunning friend, Yvonne. I was a little bit nervous because I wanted to be a good host in Taipei and show him the best Taiwan had to offer - which included the kindness and hospitality of the Taiwanese. Yvonne, who is a marketing specialist for a major fashion company,  was wonderful in  helping with ideas to make sure Jason would have a good time here. She also didn't mind giving up on her plans for the night and using her contacts to make sure everything would be enjoyable. The line to get into the venue was insane, so we missed most of the show but we did catch the last part.
After the show, we met Jason and two of his gorgeous friends from one of Taiwan's most famous model agencies, the Eelin Model Agency. Both the were absolutely lovely - beautiful, kind, humble, and sincere. A person is also known by those you hang out with, so this was another good sign. We left the show and went to one of Taiwan's most upmarket bars, Barcode, to show Jason what Taiwan's famous nightlife is like. There he also tried one of Taiwan's most famous delicacies, beef noodle soup. He gave a definite thumbs up to this dish. Later we went down to another popular night club, Room 18 to show him more of where Taiwan's young and fabulous like to go on a night out. It was already starting to get light when we all went for a nice VERY EARLY breakfast before heading off into our separate directions with the plan to all meet up again to visit one of Taiwan's most famous attractions, a night market!
The following Monday we did all meet up again and went to Taipei's famous Raohe Night Market. Here we strolled around and tried lots of Taiwan's most famous delicacies. I even tried things that I promised myself to never ever eat, including the notorious "stinky tofu". Yeah, it's a must for visitors who come to Taiwan and a really enjoyable night was had by all. Jason was in really good spirits and was open to trying all the different delicacies.
The next day he had the great honor of being interviewed by one of Taiwan's biggest and most famous television stations, TVBS, for a lifestyle and fitness segment. This was followed by another great honor, doing a photo shoot and interview with one of the largest media groups in Taiwan, Apple Daily. After finishing these last two work commitments, it was straight off to the airport to catch his flight back to Singapore.
So, now the question his fans would love to be answered. What is Jason Chee REALLY like? Well, I can say that he is really the humble and sincere young man that I thought he was. I can tell that he was brought up really well, he has impeccable manners, and he is simply kind and gracious to everyone he meets. He was truly humbled and flattered by all the attention he was getting from his fans at the event and there was not even a slight of air of arrogance. He is cool, calm, collected, slightly serious but has a great sense of humor at the same time. I have a lot of respect for him for just trying to be the best he can be. And that IS what he is really like. It was not a mistake to choose him as our first Man of the Year!

We wish Jason Chee all the best for the future as he works on hi career and making the most of the opportunities he gets in life while being a positive role model. Hopefully this was the first of many visits to Taiwan and we sincerely hope that he will achieve the goals he has set for himself. 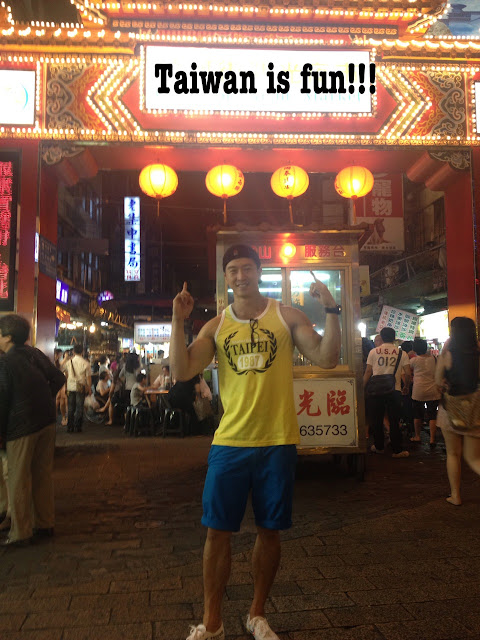 And we hope to host many more of our international pageant friends here in Taiwan!!!
Posted by Andre at 11:27 AM

Email ThisBlogThis!Share to TwitterShare to FacebookShare to Pinterest
Labels: Male Pageants, Man of the Year