*Erin Brady wins Miss USA
*Connecticut get first Miss USA title
*Miss USA to move to Miami, Florida
*Miss Universe to take place in Moscow, Russia on November 9
Miss Connecticut, 25 year old Eric Brady was named Miss USA 2013 at the conclusion of a glittering event at PH Live, Planet Hollywood Resort and Casino in Las Vegas, Nevada a short while ago.  Brady stands 1.75m tall and will represent the United States of America at the 2013 Miss Universe Pageant  that will take place in Moscow, Russia on November 9. The new Miss USA is the 62nd Miss USA. It is her state's first Miss USA title. She beat 50 other delegates to be crowned Miss USA 2013 by outgoing titleholder, Nana Meriwether from Maryland. Last year's original winner Olivia Culpo from Rhode Island went on to win the Miss Universe crown which meant Meriwether, who was born in South Africa, inherited the Miss USA title.
The first runner-up was Miss Alabama, Mary Margaret McCord. Should the new Miss USA be unable to fulfill her duties, the first runner-up will assume the title of Miss USA (as was the case in 2012). The second runner-up was Miss Illinois, Stacey Juris. Miss Utah, Marissa Powell finished as the third runner-up while Miss Texas, Ali Nugent (who was sent to the top 6 by Twitter users)finished as fourth runner-up. The fifth runner-up was Miss South Carolina, Megan Pinckney. 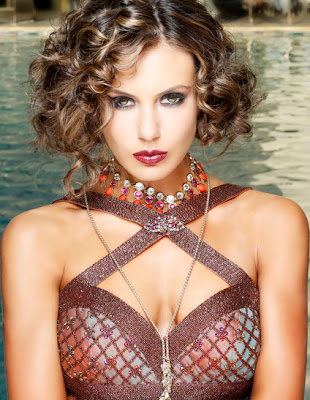 
I'm a little sad that Alabama didn't win but happy for Miss Connecticut. She was a surprise during the preliminaries. Glad that Miss USA is finally moving away from Vegas and that Universe found a host outside of the USA! 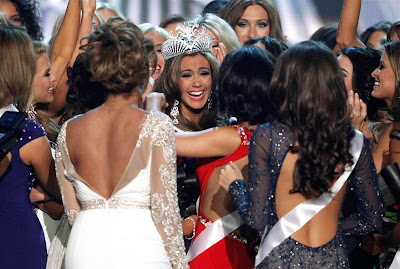