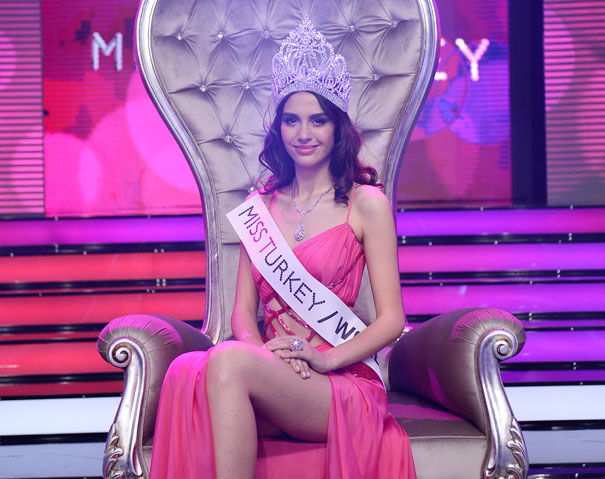 The Miss Turkey 2013 Pageant took place in Istanbul last night. 20 young ladies competed for the four titles on offer. The President of the Miss World Organization, Julia Morley, and the reigning Miss World, Wenxia Yu from China was in attendance to witness the crowning of Ruveyda Oksuz (19) as Miss Turkey 2013. She stands 1.8m tall and will represent Turkey at Miss World 2013 in Indonesia. 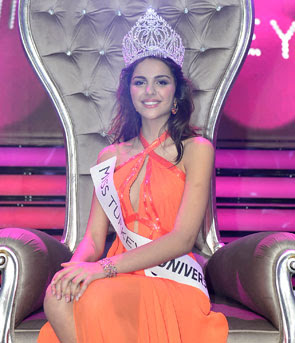 Berrin Keklikler (18) placed second and was named Miss Universe Turkey 2013. She stands 1.77m tall and will represent Turkey at the 2013 Miss Universe Pageant which is scheduled to be held at the end of the year. 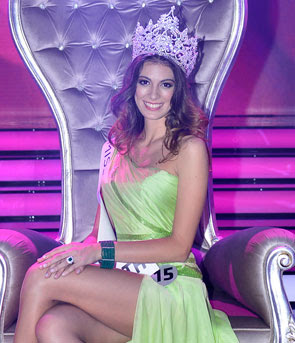 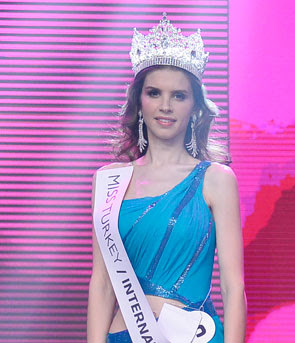 Ahu Agibas (26) was named Miss Turkey International 2013. She stands 1.76m tall and will represent Turkey at the 2013 Miss International Pageant that will be held in the Fall of 2013.


The World girl was the best for the crown. The Universe girl looks quite good in the crowning photo too - if last year's girl could place, she can definitely place too. Love the girl they chose for Miss Earth. She's probably now my favorite of the bunch. Not too excited about the girl who got the Miss International title.

Photos: http://elidormissturkey.startv.com.tr/kazananlar
Posted by Andre at 9:50 AM