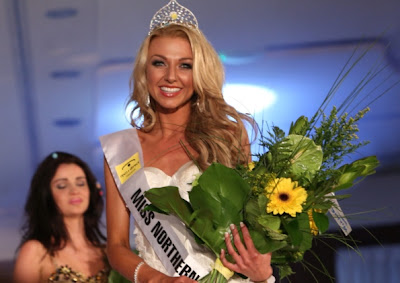 Meagan Green (23) was named the winner of the Miss Northern Ireland 2013 title at the Europa Hotel in Belfast on Monday. Green, who was the runner-up to last year's winner, defeated 25 other beauties to win the crown. She will now start preparing for the 2013 Miss World Pageant in Indonesia this September. The first runner-up was Anna Henry and the second runner-up was Emma Ward.

The best girl for the title won!