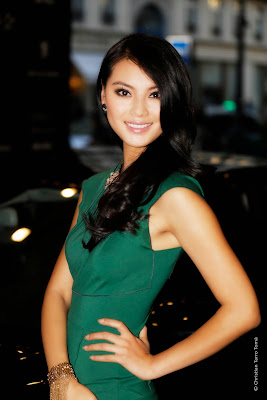 The reigning Miss World, Wenxia Yu from China, will be heading to Brazil for the second time this week. Miss World 2012 was invited to attend the crowning of Miss World Brazil 2013 and Mister Brazil 2013 this Saturday along with Miss World CEO, Julia Morley, and Miss World Events Director, Steve Douglas. Upon arrival in Brazil, it was discovered that Yu did not have a tourist visa, which is a requirement for Chinese nationals to be granted permission to enter Brazil. Authorities had no choice but to ask her to return to London. In her diary entry at www.missworld.com Yu mentioned that both Morley and Douglas were very supportive and immediately chose to return to London with her despite the fact that they had no visa issues. She continued that Morley told her, "We are always together." After spending a mere 90 minutes in Brazil, the trio returned to London where they planned to apply for an emergency visa so they could return to Brazil in time for the crowning of Miss World Brazil on Saturday. On Thursday, Miss World Brazil Director, Henrique Fontes announced that Yu was granted a visa and that the Miss World delegation would leave for Brazil on Thursday.

I am really glad that things got sorted out and that Miss World can return to Brazil for the crowning of Miss Brazil. I am really impressed by Julia and Steve's decision to go back with their title holder. It shows how dedicated they are to their winners and organization. I hope they will doulbe or tripple check visa regulations in the future... and I am sure they will. I am glad they will return to to Brazil to support their director there instead of cancelling the whole trip. Class act.
Posted by Andre at 11:01 AM