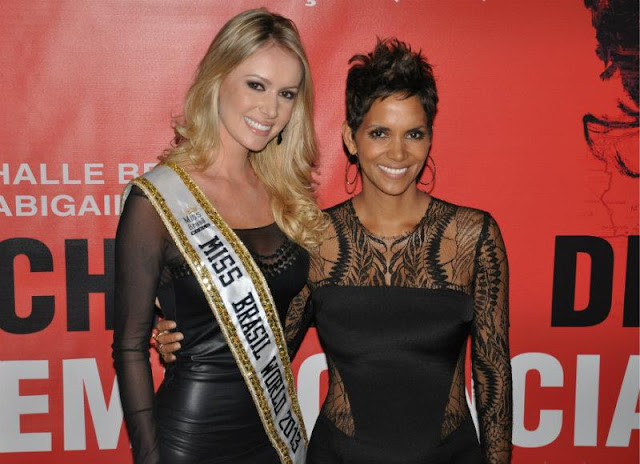 Gorgeous Sancler Frantz (22), the newly crowned Miss Brasil World 2013, got the opportunity of a lifetime this week when she met Hollywood star Halle Berry. Berry (46), who recently announced that she's excpecting her second child, was Miss Ohio USA 1986. As first runner-up to Miss USA 1986, she represented the USA at Miss World 1986 in London where she made it all the way to the top 7. After the pageant, she went on to a successful career in Hollywood. In 2002, she became the first African-American woman to win a Best Actress Oscar.
Frantz was crowned Miss World Brasil 2013 only last week. She will now start preparing to represent Brazil at Miss World 2013 in Indonesia. 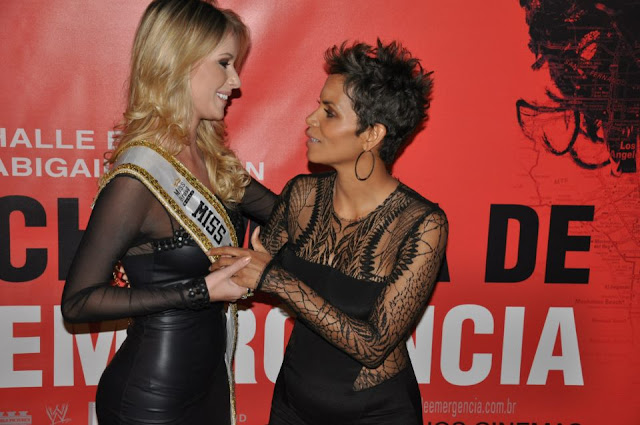 Awesome!!! The superstar who should have been Miss World and the girl who could very well be the next Miss World. Great photos and both are gorgeous.

Photos: Miss Brasil World
Posted by Andre at 11:58 AM