I was mostly happy with the top 7 of Miss World 2012. In fact, in my FINAL Stairway to the Crown I had 6 of the 7. The only one I did not have Miss India. I must say that India had that special spark that night, so I would probably have still included her in the top 7. The one MISS that was really missed in that top 7 was Miss Mexico. I am still shocked and upset that she did not make it. I would have replaced Jamaica with Mexico for sure. Other than that, it was a pretty good top 7.

The top 5 of Miss Universe 2012 were: Brazil, USA, Australia, Philippines, and Venezuela. 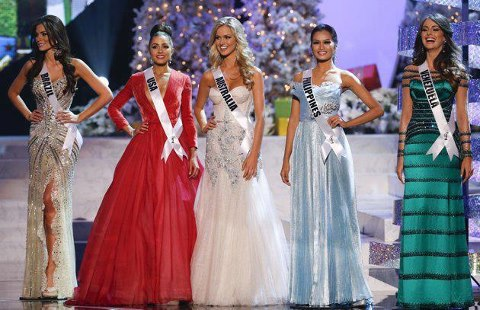 5 beautiful ladies made it to the final round of the 2012 Miss Universe Pageant but there was definitely one back shock. Major favorite for the title, Miss South Africa, was shockingly excluded from the top 5. The fact that she gave two flawless performances on stage that night caused that her exclusion just did not make sense. Based on just the evening gown round, the eventual winner Miss USA gave the least impressive performance in the evening gown round.

The top 5 of Miss International (even though they were not announced before the crowning) were: Dominican Republic, Finland, Japan, Paraguay, and Sri Lanka.

My biggest surprises in the top 5 were definitely the top 2, Finland and Japan. Miss Sri Lanka was also a bit of a surprise... but a good surprise. Paraguay was always a favorite but to some extrent her inclusion in the top 5 also surprised me. There were some girls that I thought really deserved top 5 placements. The United Kingdom was definitely robbed. Miss USA was amazing too. Others that did really well were Colombia, Haiti, and the Philippines!

The top 4 of Miss Earth 2012 were Brazil, Czech Republic, Philippines, and Venezuela. 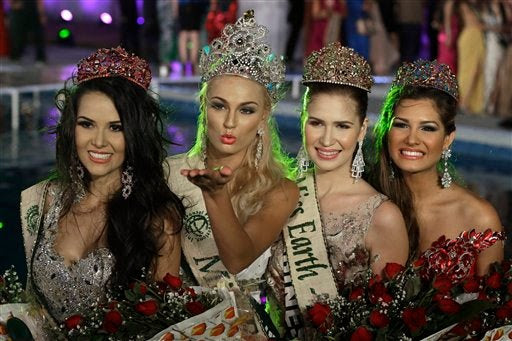 I was quite happy with 3 of the 4 choices. One was a major disappointment though. Miss Philippines had not place being in the top 8 let alone the top 4. I was really disappointed. Any of the other 4 in the top 8 (Nepal, South Africa, USA, or Russia) would have deserved it more. The homeground advantage did magic for this girl.
Posted by Andre at 9:58 AM