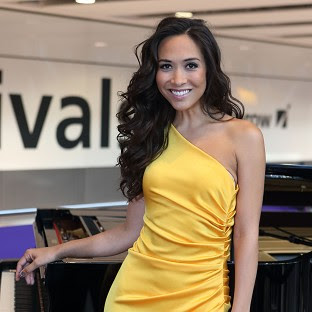 Jason Cook returned as host (to the delight of many pageants fans) after his highly praised stint as presenter in 2011. I thought he did a good job in his second Miss World Pageant but I liked him better the first time around. He just did not have that same spark he did the first time. The real star of the presenting team was Myleene Klass who not only looked amazing but also did a great job. She was definitely (in my opinion) the star of the presenting team this year. Miss World Events Director, Steve Douglas, also returned as host and I am still not crazy about the idea of someone involved with the day to day running of the pageant being a presenter. The two local hosts were a nice touch but having five presenters seemed excessive at times. It just complicated the dynamic. I just love the chemistry between Giuliana and Andy. They are always full of energy and feed off each other perfectly and they just put a bit of glamor into what was a bit of a drab production. I think they are great hosts and I wish to see them for several more years. I also like Jeannie May. She has grown on me and she was very likeable. 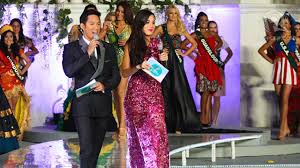 Sandra Seifert proved again why she should have been Miss Earth 2009! I thought she was a great host and really did a wonderful job. The male host was also quite good but lacked charisma at times. Ms. Seifert made up for that though. The third host, Ginger Conejero, was good but she was definitely trying too hard at times. There were some techinical glitches in the show which definitely affected the presenters at times and definitely tested their ability to think on their feet and I had to take that into consideration.