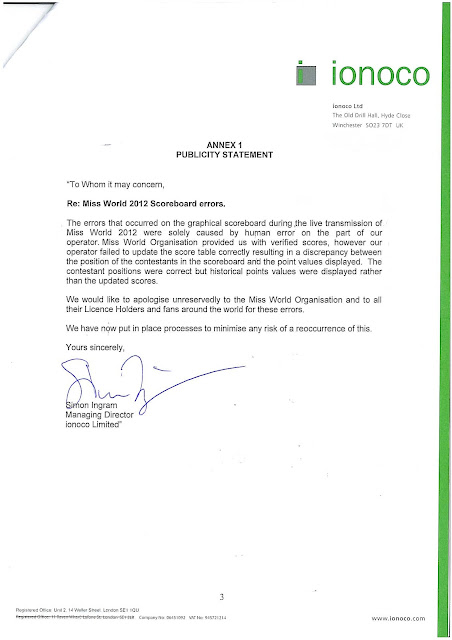 We applaud the Miss World Organization for releasing this statement but would also encourage them to release the correct leaderboard for 2012, like they did in 2011... just to give the fans no reason to complain about the lack of transparency.

Scanned image courtesy of www.missworld.com
Posted by Andre at 5:42 PM