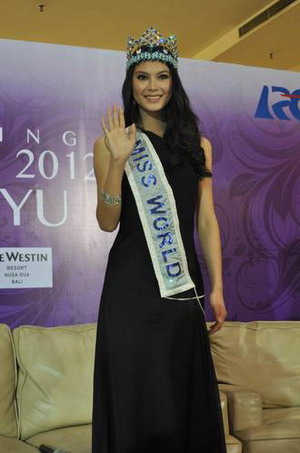 The Miss World delegation led by Wenxia Yu (Miss World 2012) and Julia Morley (Chairman and CEO) have arrived in Indonesia where they will attend the 2013 Miss Indonesia Pageant. The winner of this pageant will be the host delegate of the 2013 Miss World Pageant. Miss World's Global Tour has touched down in India, Australia, the Philippines, and Thailand before arriving in Indonesia. 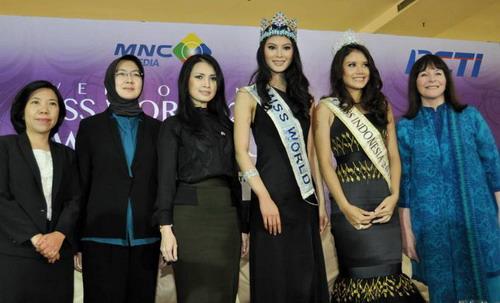