Due to the date change of the 2012 pageant, there was quite a large number of designations and runners-up competing at this pageant. Overall, the group was quite strong and it was a tough to come up with a top 30. In such a large group, it's always hard to know who will do well and there were certainly a lot of possibilities. I don't think it was the strongest year I think in recent years 2008, 2009, and 2010 were definitely stronger but this group really had more than its fair share of stunners.

The total highlight of the Miss Universe 2012 Pageant (for me) was its amazing group of contestants. The Class of 2012 were so stunning that I had about 40 favorites... so basically almost half of the group. A lot of the girls showed up looking absolutely amazing and as the pageant was postponed to December they had extra time to prepare. I have nothing to complain about in terms of the sheer beauty of this group. 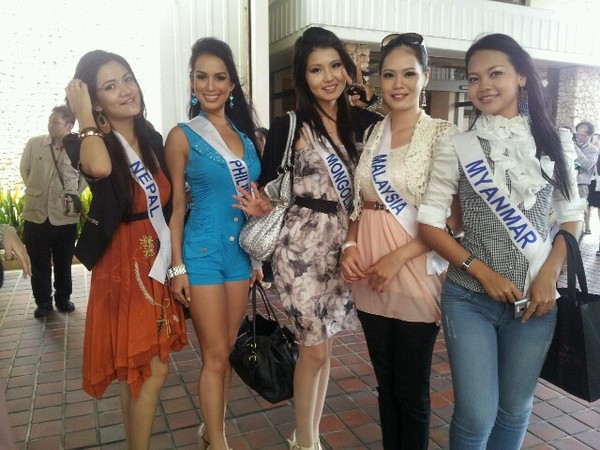 I was not completely blown away by the standard of this year's Miss International delegates. It was a pretty mixed group. There was definitely a few stunners and quite a lot of really good choices but also a few that were not pageant ready. I really think the Miss International Organization should try to work on increasing the number of delegates and also do a bit of quality control.

The quality of the Miss Earth delegates is definitely improving year by year. There were a lot of stunners this year - that's why the scandal was quite disturbing. It might affect the quality again in the future. However, this group was overall good. I was going to give it a B+ because even though a lot of girls were facially really attractive, they were not in the best pageant shape. However, the beauty of the stunners just-just managed to push it up to an A-.

* The Pageant Report Card is solely based on the opinion of the owner/editor of Eye For Beauty Blog, Andre Sleigh. It's just a fun way to look back at 2012 and put the Miss World, Miss Universe, Miss International, and Miss Earth in unofficial competition with each other.
Posted by Andre at 6:39 PM