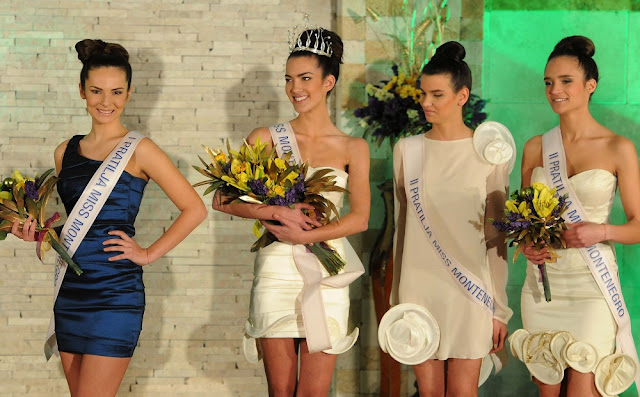 18 year old Ivana Milojko was named Miss Montenegro 2013 on January 22nd. She is 18 years old and is expected to represent her country at the 2013 Miss World Pageant on September 28 in Jakarta, Indonesia. The first runner-up is Nikoleta Jovanovic. The runner-up usually represent Montenegro at the Miss Universe Pageant but this year's runner-up is only 17 years old and might not be accepted by the Miss Universe Organization as they strictly require that girls must be 18 years old by February 1st of the year they will compete. The winner or one of the two second runners-up might be selected to compete at the 2013 Miss Universe Pageant. There was a tie for the second runner-up title. The two second runners-up are Bojana Cejovic and Valentina Micic.

This was such a weak batch that it almost doesn't even matter who won. I don't think Montenegro will get an international title this year.
Posted by Andre at 1:53 PM