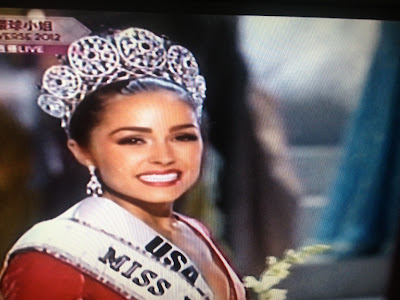 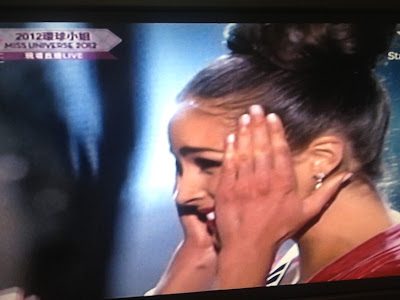 The home favorite, Miss USA, Olivia Culpo (20) beat 88 other delegates from around the world to be crowned Miss Universe 2012 by outgoing title holder, Leila Lopes from Angola. The 1.66m Alyssa Milano lookalike from Cranston, Rhode Island became the 8th Miss USA to win Miss Universe. The USA's last victory was in 1997 when Hawaii's Brook Lee won the title. That also means that Nana Meriwether from Maryland will assume the Miss USA title as she placed second in Miss USA 2012. 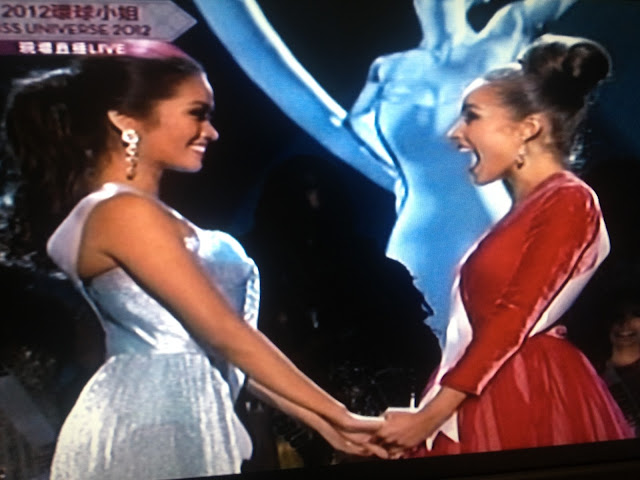 Hot favorite for the title Melinda Bam from South Africa was shockingly cut after the top 10 round along with the delegates from Russia, France, Hungary, and Mexico. The top 16 were completed by the delegates from Turkey, Peru, Poland, Croatia, India, and Kosovo. The results left quite a few fans around the world scratching their heads. Hot favorites from Puerto Rico, Paraguay, and Malaysia failed to make the top 16. 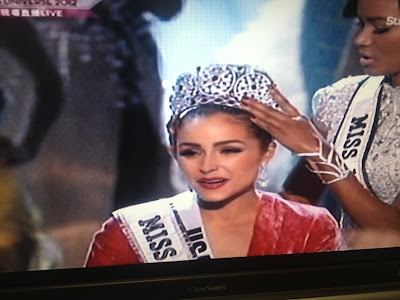 Now the Miss Universe Pageant will probably face a backlash as China won Miss World in China, Japan won Miss International in Japan, and now the USA won Miss Universe in the USA. We we will see how things pan out over the next few days. But for now, congratulations to the stunning Olivia Culpo, Miss Universe 2012. 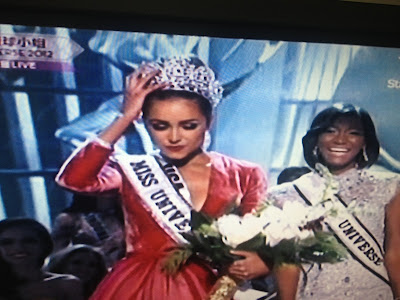 Even though I think Olivia Culpo is adorable and such a vibrant beauty, I can't help but feel a bit disappointed. These home victories might be the final nail in the pageant coffin. Olivia was just not convincing enough on the night. Philppines or Australia would have been much better. Venezuela's answer was a mess. South Africa's exclusion from the top 5 WAS and IS a huge shock and I now believe that South Africa will probably never win Miss Universe. Melinda was on fire and she was flawless on the night.
Posted by Andre at 11:25 AM