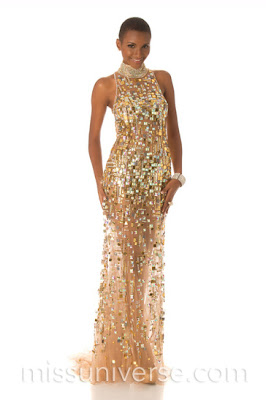 Winfrida has a very distinct look that set her apart from the crowd. She was always noticed but she is definitely not strong enough to make the cut. Her features are just way too harsh. She had a great gown. During the swimsuit round, she had a bit of a wardrobe malfunction with the back of her bikini bottoms. 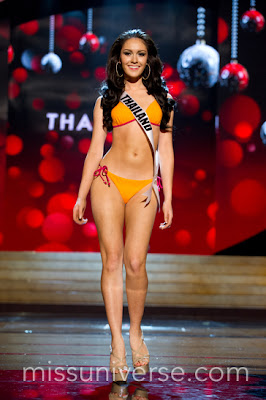 Thailand was mentioned by quite a few people just before the arrivals and then she somehow appeared to lose some steam. I must say that her transformation (as with most Thai queens) has been quite remarkable. She saved the best for the preliminaries and gave two strong performances. She could definitely be included in the top 16. 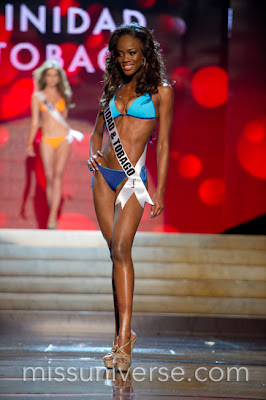 Avionne is one of the best black delegates this year and she could be the top performing black delegate. She has great stage presence, she has an amazing body, and she is strikingly beautiful. She should watch out with her styling because sometimes her forehead looks a bit bigger than it really is. I am rooting for her to do well. 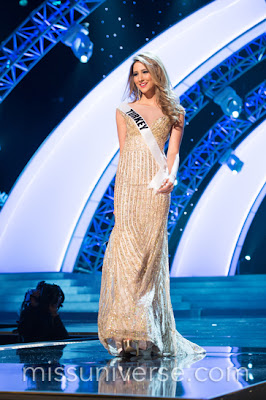 Turkey has sent some stunners in the past but this year they sent a rather weak girl. She just did not stand at all and her preliminary performance was boring. 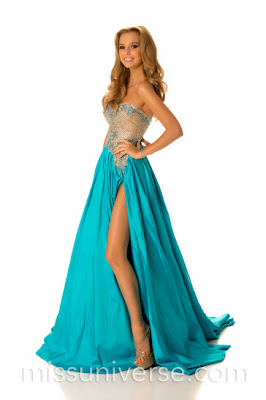 She’s definitely Sarah Michelle Gellar 2.0!!! At first, I thought that she would just be middle of the pack but she actually did a pretty good job and got some attention. I don’t think it will be enough to emulate our get close to her predecessor’s first runner-up placement. 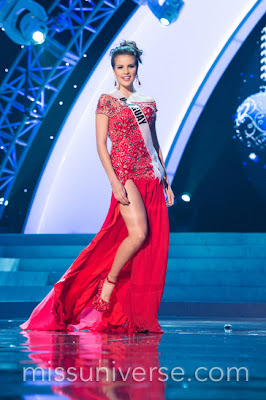 Camila is pretty but she was just not polished enough. I would say at only 19 years of age, she has not developed her full potential and could have had a better showing in a few years from now. She was just a bit too raw but she is definitely a beautiful lady. 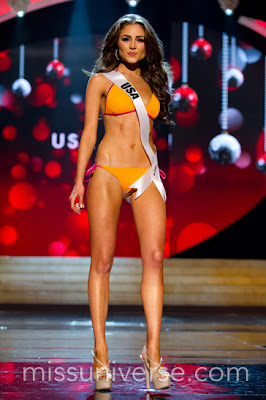 She is wearing the USA sash and the pageant is in the USA. I will be very surprised if she gets ignored like Rima Fakih did in 2010. I loved her at Miss USA. She just shone there and was full of energy and sparkle. It seems like a lot of that sparkle and energy faded but maybe she is saving the best for last. I will definitely not count out this Alyssa Milano lookalike. She could very well be in the top 5. She performed really well in swimsuit but we will see if her brave gown choice paid off. She should probably go for a safer option on the final night. 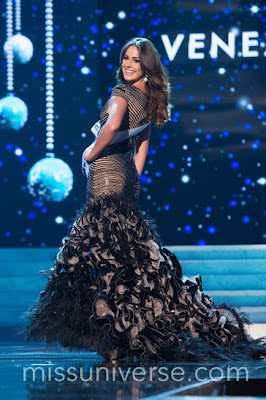 Irene is probably the most traditionally gorgeous girl in the pageant. Well, if you can call her that because we all know most Venezuela’s queens have had several surgeries done. That being said: Irene is a fierce competitor. She has beauty, stage presence and personality in abundance. A lot of people have been disappointed by her performance but I thought she was on fire and I think she will definitely be in the top 3. 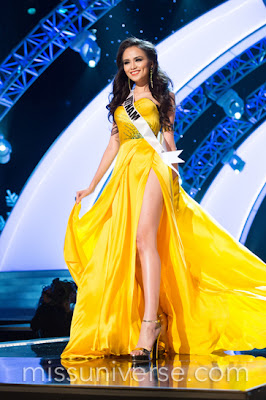 I adored this girl represented her country when they hosted Miss Earth 2010. She was gorgeous then and she is still gorgeous now. The problem is that she does not have the same spark she had back then… or maybe it’s the lack of home turf advantage. She could be a top 16 finalist but it will probably be an uphill battle.