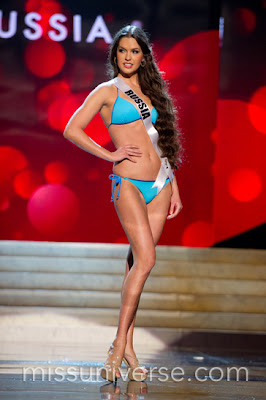 Russia usually sends exquisite beauties but I am just not feeling this girl. At times she looks great but then just when I start taking notice again she disappoints again. Her sash is obviously a powerful one but I am not even sure if that can save her. I did not like her evening gown performance at all. When she started, it looked like she was about to expose herself and I found that a bit too much. 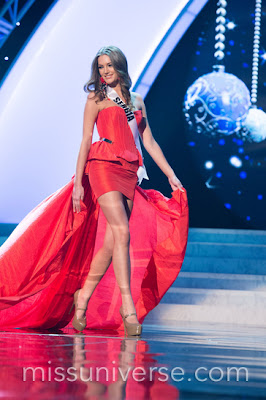 I had high hopes for Branislava but she did not quite live up to expectations. She is very pretty and did a good job in the evening gown round but she was a bit of a disappointment in the swimsuit round. I can’t see her making the cut. 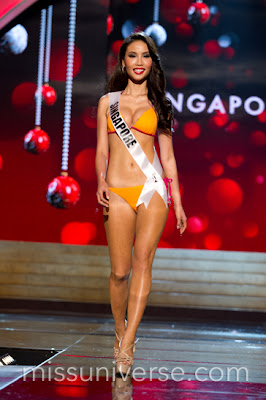 When Lynn was crowned, it seemed like she had loads of potential. Since then she kind of faded and even though she has a very interesting look and had a great walk, she is one of the weaker Asian girls in a very strong lineup of beauties. Sadly, Singapore will probably be left clapping again. 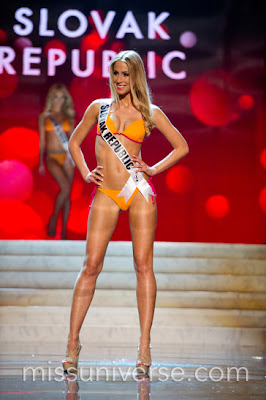 I was never a fan due to the fact that I find her features just really too harsh for my tastes. But I must say that she turned up in Vegas fully prepared and she definitely knows how to style herself well. You just have to take notice of her because she is incredibly sexy and has a great body. 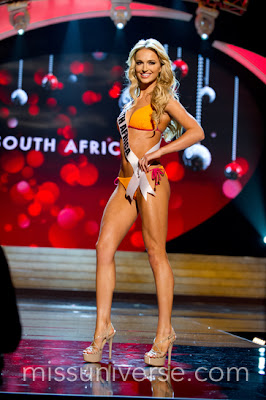 It’s so refreshing to see a South African with the Latina spirit. Melinda has worked incredibly hard to be the best representative she possibly could be for her country and in the process she has become a contender for the crown. She was absolutely amazing in the preliminaries. She was gorgeous and glamorous in gown and sizzled in swimsuit. If the Miss Universe Organization is looking for a firecracker who will work her “Bam” off to be an amazing Miss Universe, then this young lady would be a great choice. She is a smart beauty queen and knows what works for her and what doesn’t. She is also intelligent, well-spoken, has loads of charisma, and she exudes a Miss Universe aura. If South Africa does not win with Melinda, then they probably never will. The question remains: can one African be crowned by another?! 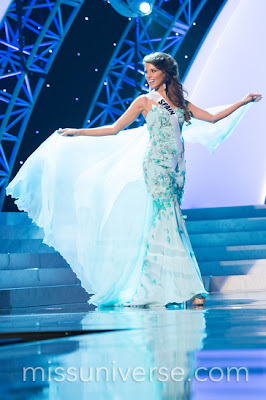 Spain’s Andrea Huisgen really gave it her all in the pageant. She came across as a fun-loving, vivacious young lady who embraced the whole experience. She could do very well in the competition and I enjoyed her swimsuit and gown performances. I just wish that she would close her mouth from time to time because that expression looks a bit silly after a while. Kudos to her for making her dreams come true and ensuring that she would be the one representing Spain at Miss Universe. 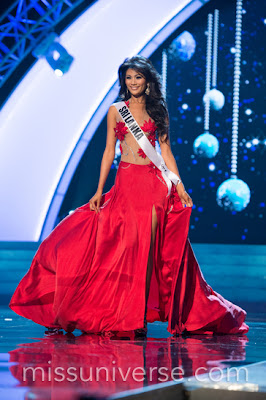 Sabrina was probably the biggest surprise of the night. Since her arrival in Las Vegas, she has garnered attention and then came the preliminaries and she blew us all away. She was amazing in both gown and swimsuit and I think she is even better than the girl they sent in 2006. She could be one of the biggest upsets of the night and if things go well, she could even be one of the top 5. 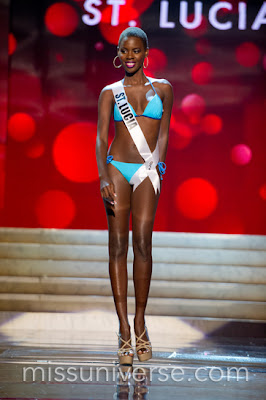 I did not think that Tara stood a chance at all but she actually showed up in Las Vegas looking quite good and she is much better than I initially thought. She is striking and she commands attention but she is perhaps more of model than a beauty queen. Well done to her for representing her island nation very well though. 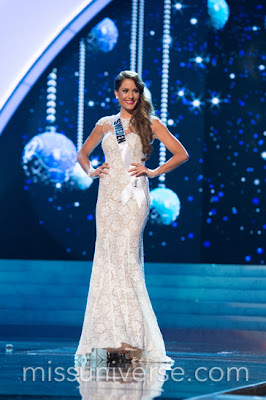 Miss Sweden was definitely outshined by her fellow Scandinavians from Norway and Finland. She has just not received that much attention and did not do herself any favors during the preliminaries with bad styling. Her look was quite boring and she had a bad walk. 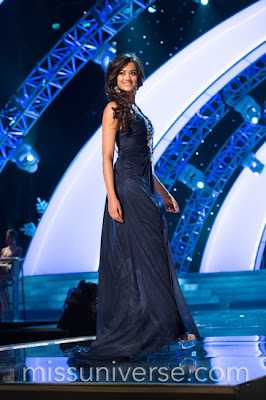 Like many other Miss Switzerland titleholders, Alina has improved tremendously during her reign and she showed up in Las Vegas looking her best. She was one of the mini-surprises during the preliminaries and gave two very strong performances. If her name is called as one of the top 16, it would be surprise but she certainly would not look out of place in the lineup.

Photos: www.missuniverse.com
Posted by Andre at 6:43 AM