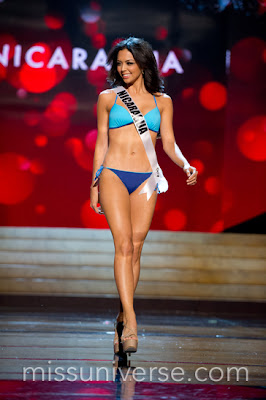 I thought she gave a very competent performance during the preliminaries even though she tried a little bit too hard to be fierce at times. She has an amazing body though. She can be proud of her performance but I don’t think a placement is on the cards. 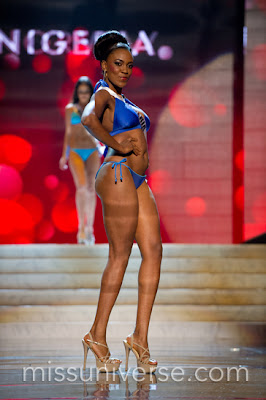 Well, it was pretty much a given that Isabelle was never going to make waves in Las Vegas. She just looked out of place at this pageant.
NORWAY: SARA NICOLE ANDERSEN *** 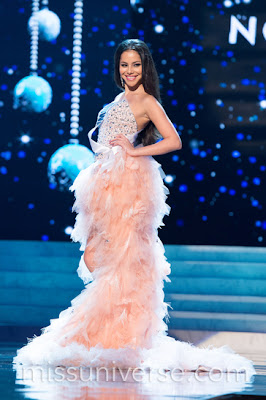 Sara is another girl that impressed since she arrived in Las Vegas. I did not really think she would do so well at first but she really held her own. She was good on stage even though she had a horrid gown and I think she could be a potential surprise top 16 finalist. Anything more that is unimaginable. 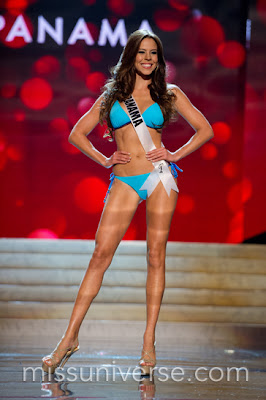 Panama was prepared and gave it her all but I have seen better from her country. It seems like she has an awesome personality but I just don’t think she is strong enough to place. 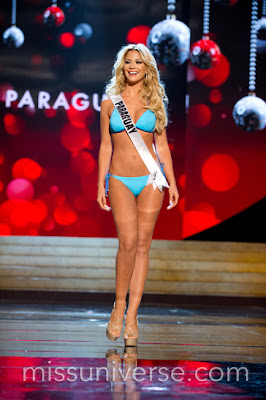 Miss Paraguay was FIERCE, SEXY, and FABULOUS during the preliminaries. She was definitely one of the top performers of the night and I started to wonder if she could take it all. Then I remembered that she competed at Miss World 2010 where she could only make it to the top 16. So, given the rivalry between the two pageant, I’d say a runner-up spot is the best she could do. 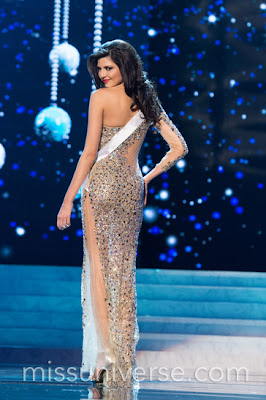 ﻿
When she was crowned, I really liked her. However, I’ve not been that impressed by her performance in Vegas. I mean, she’s fine but there was just nothing spectacular about the way she competed. She did choose an amazing gown though. 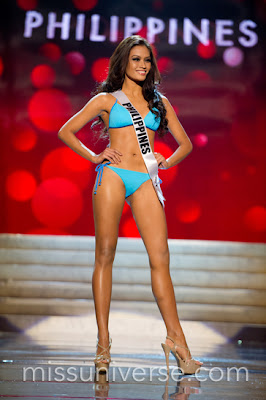 I love Janine and despite the fact that many people said she was not that strong in the preliminaries, I still think she is amazing and I think she can take the crown. She started off as a favorite and then lost some ground with the fan but I think she will shine when it matters the most: the finals!!! The rumors that the Philippines will host in 2014 might give her an extra advantage. She is one to watch and she could be the next Miss Universe. 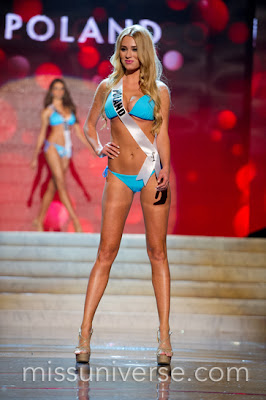 The blondes are very strong this year and I think Marcelina is heavily underrated. She is a classic beauty and she definitely deserves more attention. She gave two great performances in the preliminaries, and I thought she was SIZZLING in swimsuit. She could even pull an upset and become the best performing blonde on the night. 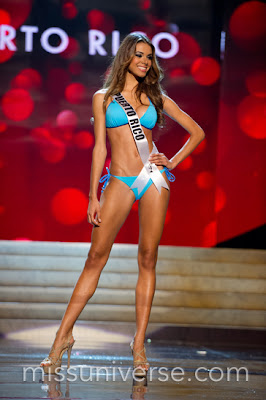 Has there ever been a recent year when Puerto was not one of the huge favorites?! One again, Puerto Rico is in it to win it with the stunning Bodine. She was flawless in the preliminaries and had an amazing gown and probably the best body of the group. She could become her country’s sixth Miss Universe on Wednesday. I would not be surprised if this Denise Richards clone takes it all. 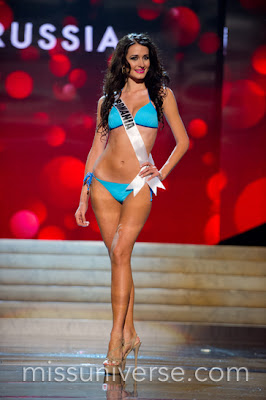 Romania rarely gets noticed and this year is no exception. Well, I did notice that she was very stiff and robotic on stage. Sadly, this girl will most definitely be left clapping.