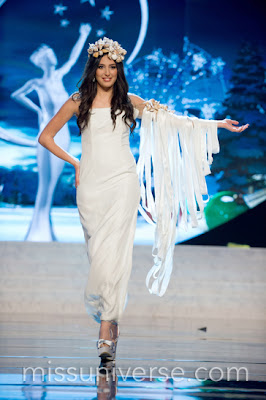 Ioanna was also a last minute replacement for the original delegate. The lack of preparation also showed but we never expect much from this country anyway. I highly doubt that she’ll make it. 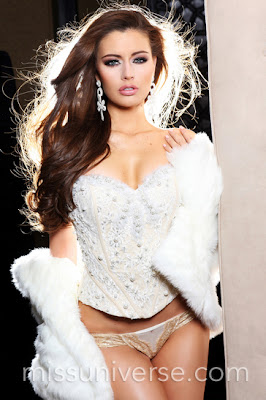 Tereza showed up in Vegas looking absolutely great. There is no doubt that she is gorgeous and she has a very good chance of making it. The biggest problem is just that she really lacks stage presence. She was a bit robotic but I would not count her out just yet. A top 10 placement is within reach. 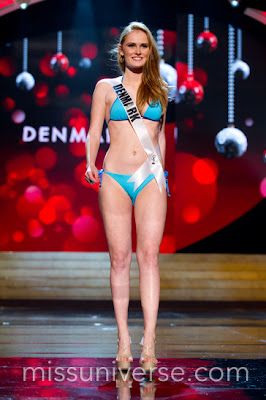 When her photos were first released, it stirred up quite some interest. A lot of people saw a striking resemblance to Miss USA 2011, Alyssa Campanella. However, what we saw in Vegas was quite different. She is not nearly in the league of Alyssa. I was shocked by her preliminary performance. She had the worst walk of all the girls by far, so she's obviously just a photographic model and not a catwalk queen. 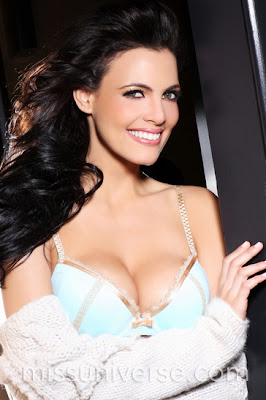 The Dominican Republic had its fair share of drama this year when the original winner was dethroned after they found out that she was married. Dulcita inherited the title. Even though she was my favorite for the national title, I was disappointed when I saw her in Vegas. She has a great body and amazing walk but unfortunately she was totally outshined most most others in the beauty department. 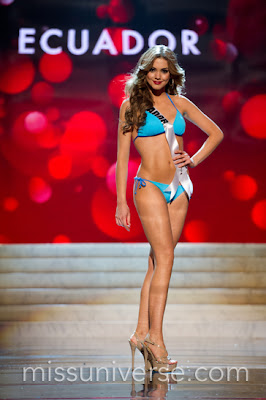 Ecuador was one of the biggest favorites before the start of the pageant but I am a bit underwhelmed by what I saw in Vegas. Yes, she is pretty and she could do well. But she did not live up to the hype. I was not a fan of her preliminary gown. It could go either way. She could go as far as the top 10 or be totally excluded. 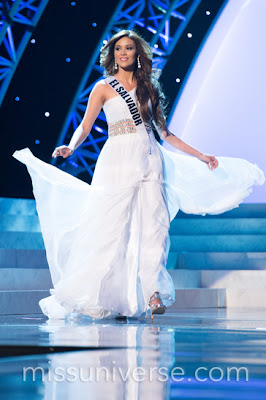 Ana was one of the nicest surprises of the presentation show. She is very likeable and polished. She was stunning in both swimsuit and gown. I also loved her web interview. I can see this girl doing quite well so keep an eye on her! 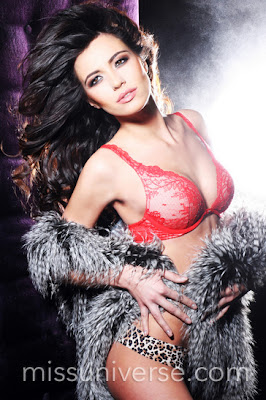 Natalie is actually way better than the average Estonian delegate. She is really pretty and did quite well in preliminaries. She even has quite a bit of stage presence. I think she’s the best representative from her country in many years. 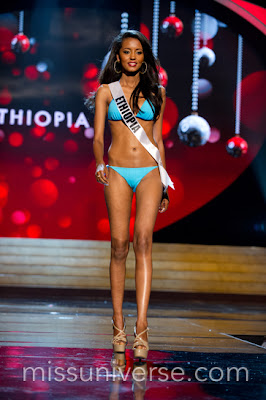 Helen probably had one of the worst web interviews of the bunch. It was really depressing and dreary. However, on stage she comes alive. She can definitely work a runway but she needs to be careful not to be too rushed. My main problem is that most of the time that it seems like she doesn’t want to be there and that she’s not having fun at all. 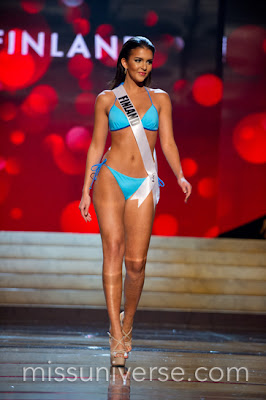 I have always liked Sara and I think she is one of the best from her country we’ve seen in years! (I also loved the 2010 girl!) She has the most amazing hair and skin tone and she was quite vibrant on stage. A poor gown choice could hurt her chances but a surprise inclusion on the top 16 could be on the cards. 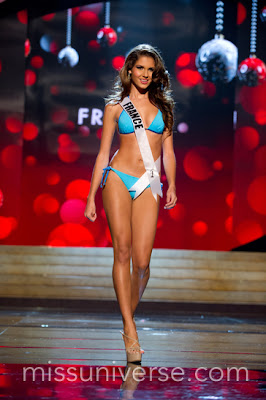 She is tall, gorgeous, elegant, and has a great body. But something is missing and I am not sure what it is. Maybe it’s a killer instinct and desire to win. She has the goods to go all the way to the top 10. Her sash and her looks might could very well get her there. I am not sure if she could do better than a top 10 placement.