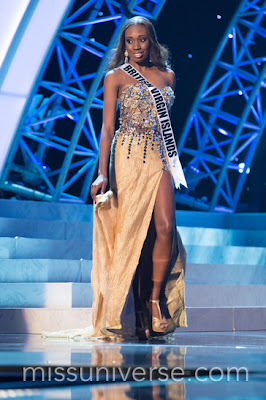 The British Virgin Islands rarely competes strongly at this pageant… or any other pageant. This year is no exception. Their delegate is simply just not up to par with the rest of the delegates. I did like her evening gown because it was quite different and it made her stand out. 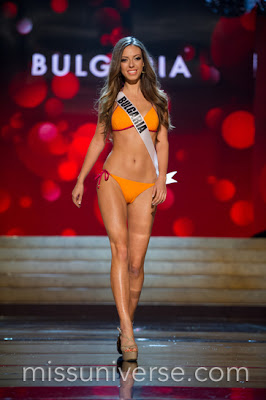 Unfortunately this is another country that rarely sends competitors. They usually just send delegates. Once again, they sent a delegate. Her chances of making it are quite slim. 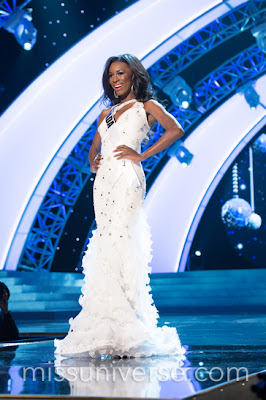 In a heartbreaking twist of fate, the original delegate Sahar Biniaz had to withdraw only a couple of days before the pageant due to a foot injury. Adwoa only had a few days to prepare but even when you take this into consideration, she is just not strong enough. She has great interview skills but her features are too harsh and the styling did not really help her either. 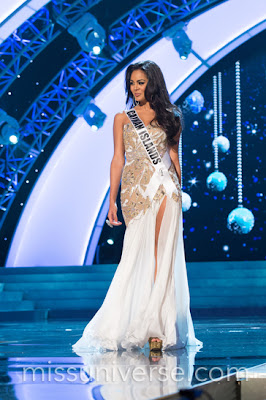 Lindsay has a gorgeous face and she’s one of the best representatives ever sent by her country. She is super beautiful but lacked presence on stage. She also seemed a bit nervous. Her saving grace might be being chosen as a Miss Universe Organization pick. I think she visited New York once or twice during her reign. 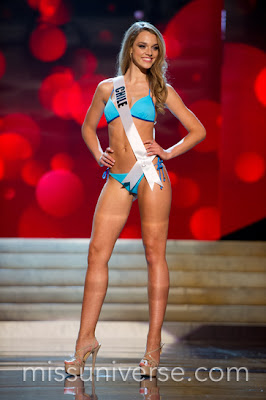 This girl is supermodel material. She is just so sexy and sultry while still being fresh-faced and gorgeous. I think she could do very well in the competition. She is definitely one to watch but she should watch out for not overdoing it on stage and her walk was also a bit rushed. 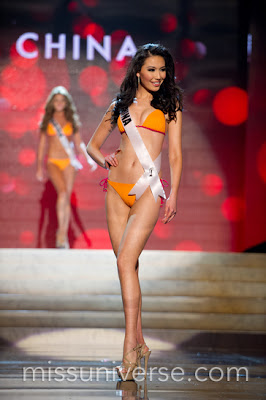 Here is another girl who could be a Miss Universe Organization pick. Her director is a very powerful lady so MUO might try and keep her happy. I didn’t think Diana stood a chance when she was crowned but she has improved a lot. However, she did trip not once but TWICE during the evening gown competition. (Maybe Crystle Stewart felt sorry for her.) She was quite good in swimsuit though. If nothing else, she should win the award for Best National Costume. I am IN LOVE with that costume. 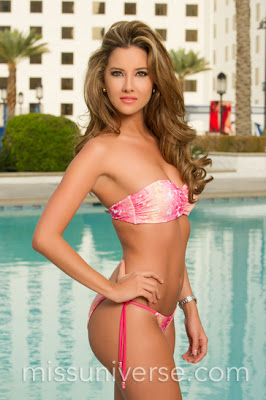 The thing with the Latinas is that they are so incredibly well-prepared that you have to take notice of them. Here we have a girl who is not that spectacular but when she’s glammed up, she does make a nice picture. Could she place for her country? I am inclined to say no but I’ve learned never to count this country out. 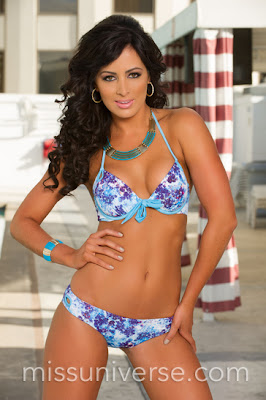 Last year, they sent the gorgeous Joanna Salano. I adored her but I’m not feeling the same love for her successor. She looks to mature and I don’t think a repeat placement is on the cards. 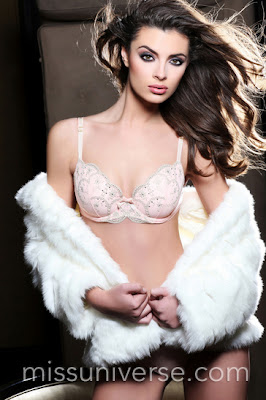 Elizabeta has one of the most (if not THE MOST) gorgeous faces of the pageant. She is one of the biggest favorites for the title. She has the height and the beauty. The only things standing in her way are a slight lack of stage presence and she is also quite weak in interview. Europe is long overdue for a win and if the judges are blinded by her beauty, she could give them that win.
CURACAO: MONIFA JANSEN * 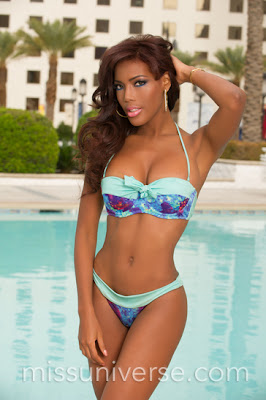 If I am honest, I would have to say that she is one of the weakest delegates I’ve seen from her country. Unfortunately her features are quite harsh. She stood out but for all the wrong reasons.