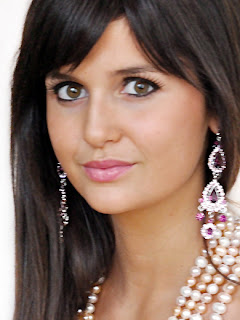 I think Canada has sent stronger girls in the past. I don’t see Valerie as one of the front-runners, or even someone who could be a spoiler.
China: Jin Rong * 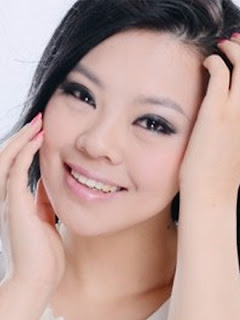 Miss China arrived towards the end of the competition. This year the Chinese did not send a strong delegate. I doubt that she will place. 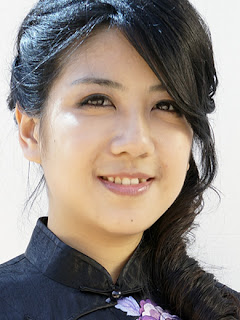 After last year’s amazing delegate, this year’s girl is a total let-down. She is just not international pageant material. I guess Cherry’s placement did not inspire Taiwanese girls to enter. I am very disappointed.
Colombia: Cindy Kohn-Cybulkiewicz ** 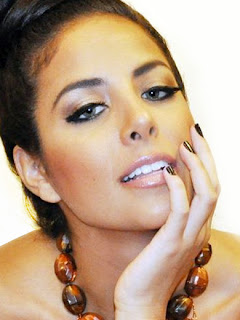 Cindy is quite attractive and in a year with a weaker field she could have made the cut. But Miss Earth is having one of its better years in terms of the overall quality of the delegates. I think there are stronger delegates than her. 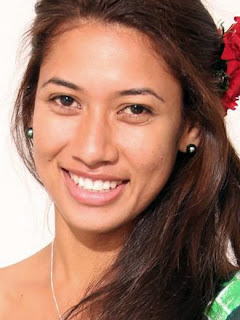 This is the first time a delegate from the Cook Islands has taken part in the Miss Earth Pageant. They should feel very proud of their first delegate. She has not gone by unnoticed but I think she will probably not make the cut. 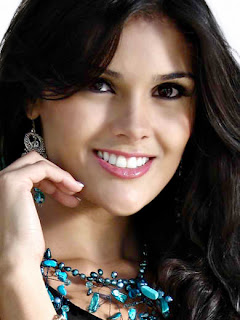 In my opinion, Fabiana is one of the most stunning beauties of the bunch. She just screams Miss Earth. It does seem like she’s not standing out as much I expected her to stand out and she’s not been getting noticed in the challenges. It would be a shame if she missed the cut. She should at the very least be in the top 16.
Crimea: Liudmyla Kuzmina * 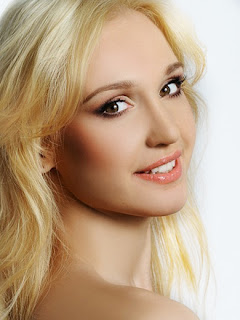 Last year’s delegate was one of the hottest favorites because of her gorgeous face, despite not being the greatest pageant shape. This year it’s the other way around. Their delegate has a great body but facially she’s definitely lacking the beauty of her predecessor. 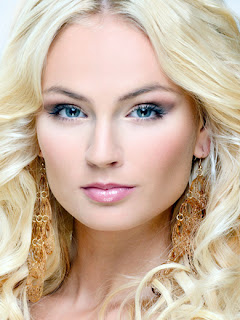 I had Tereza as my clear winner at the start of the pageant but now I am having doubts. When she is glammed up she looks sensational but she often opts for a more natural style which doesn’t make her stand out that much. It could work in her favor though. After all, this is Miss Earth and a great emphasis is placed on natural beauty. Best scenario: Miss Earth 2012. Worst scenario: top 8. 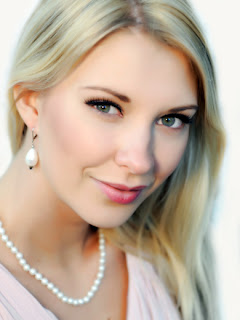 There is something very likeable about Belinda. Unfortunately she is not among those delegates who are in the greatest pageant shape. That will probably count against her and I expect her to miss the cut. 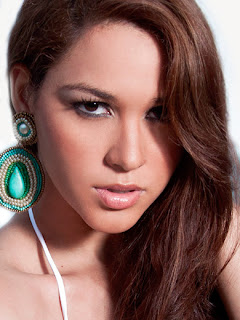 Rocio is one of the girls that arrived later than the others but that should not stop her. She is tall, striking, and ready to fight for it. She has already garnered lots of attention by winning Miss Careline and Miss Bicol Shirts and a few medals. She could even go as far as winning of the elements (the runner-up spots).
Photos: www.missearth.tv
Posted by Andre at 8:11 PM