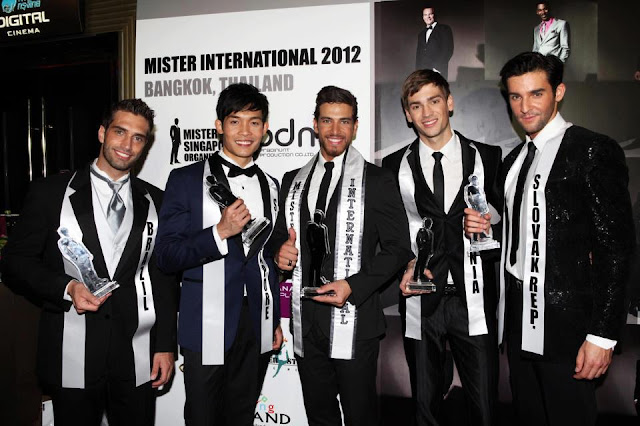 Ali Hammoud (23) beat 37 other young men to be crowned the 7th Mister International in Bangkok, Thailand last night. Before being named the winner, he also won the Best Body award. The 1.83m young man from Beirut became the second man from Lebanon to win the Mister International title. The very first Mister International (2006) was also from Lebanon. The first runner-up was Mister Singapore, Ron Teh, and the second runner-up was Slovenia's Marko Sobot. Mister Brazil, Ricardo Magrino, finished in fourth place while Mister Slovak Republic, Jan Haraslin finished in fifth place.

The delegates from France, Indonesia, South Korea, Malaysia, and Turkey made it all the way to the top 10. China, Italy, Macedonia, Serbia, Thailand, and Venezuela completed the top 16. Mister Thailand was named Mr. Congeniality. The Mister Photogenic award was given to Mister Italy while Vietnam won the Best National Costume award.

The winner is very deserving and Brazil is the only other one who belonged in that top 5.

Photo: http://thestunningangels.blogspot.tw/
Posted by Andre at 9:23 AM