If I were a judge: Miss International 2012

The Miss International 2012 Pageant took place on October 21 at the Okinawa Prefectural Budokan Arena Building in Naha, Okinawa, Japan. 69 delegates competed this year and in the end something happened that had never happened before. The delegate of the owners of this pageant, Japan, won... on homesoil. This was a first for Miss International but definitely not a first this year. In fact, it seemed to have followed a trend that was started last year. The victory of the Japanese delegate was not well received. Many fans complained that she was one of the least attractive of the top 15 but they did agree that her speech was one of the best. Was it a case of: What China can do (Miss World), we can also do?! Or was it way of trying to ensure that they will find a host city in their country for next year's pageant. Or was it the result of the huge surge in patriotism and national pride regarding recent events in the country?! Either way: the result remains - Japan won their very first Miss International title this year.

On the day before the pageant, I released my final list of favorites for the title. I had followed the pageant closely and had a pretty good idea of who I thought could and should advance. Of my top 15, 12 made the first cut. My most notable miss was the exclusion of my number 1 favorite, Miss Poland. I was not surprised to see her miss the cut after I saw her horrible evening gown. She basically destroyed any hope she had of placing right then and there. My two other misses were Thailand and the Ukraine. The judges opted for Finland, Sri Lanka (funny that both of them ended up in the top 2) and Namibia instead. I was happy about the top 15 and especially happy to see a black African (Miss Namibia) placing. Hopefully we will see many African ladies in future top 15 lists at Miss International.

The delegates then came out one by one to give a short speech. Here is how I would have scored them based on beauty, speech, and overall impression: 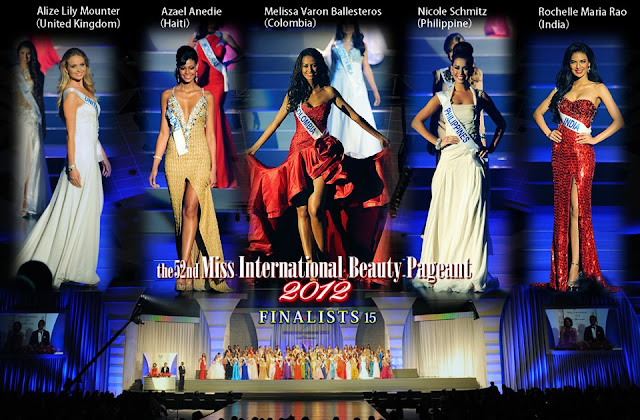 Colombia: 92 - She struggled with her English but the speech sounded sincere and she was just too beautiful to ignore.
Brazil: 88 - She wasn't as polished. Undeniably gorgeous but she lacked the desire to win.
Japan: 80 - Great speech but I felt there had been more stunning Japanese delegates who had failed to win or even place in the top 5 before her. Beautywise she was indeed one of the weakest in the top 15.
Sri Lanka: 86 - Gorgeous. Loved her... but hesitated as I didn't know if the Japanese judges would be open-minded enough to include her.... so I underscored her.
Finland: 82 - She was pretty but I didn't get much of a "wow" factor from her. Her speech was concise but sincere. 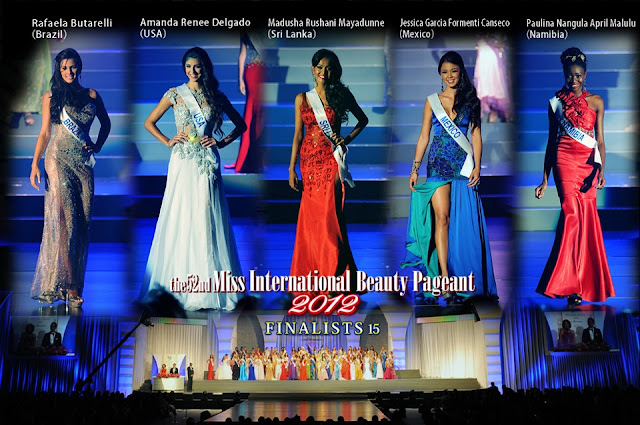 Namibia: 75 - Amazing speech but beautywise she was not really my cup of tea. I was rooting for Miss Gabon to make it. Glad Miss Namibia did so well though.
Venezuela: 84 - She didn't do much wrong but I was not blown away.
United Kingdom: 94 - Alize has been of my favorites since she competed in Miss Universe Great Britain. I thought she was perfect for the Miss International title. Her speech went on a bit too long but I still loved her.
USA: 85 - Miss USA did so well and she got amazing support from the crowd. She was a great representative for her country.
Dominican Republic: 93 - This girl blew me away. She was gorgeous and elegant and she was just ready and fighting. Would love to see her at Miss Universe. 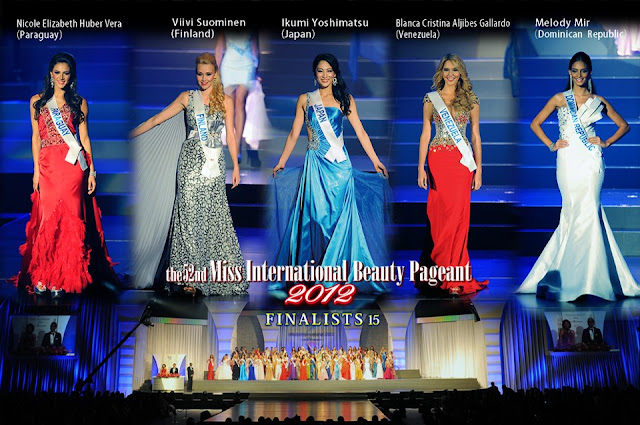 Philippines: 93.5 - I thought she was the most well-spoken of all the delegates. She looked amazing too. Much better than I expected. There was just something special about her. The crowd supported really boosted her confidence too.
Paraguay: 87 - She obviously wanted it badly and it showed. She was not afraid to say it either. So I think for me that was a bit of a turn-off but it worked for her. The judges responded to it.
Mexico: 73 - Beautiful girl. But the others were just so much better.
India: 83 - Great speech but she was not among the most clasically beautiful girls out there.
Haiti: 92.5 - Loved this girl since her Miss Universe days and she was so much better here. Glad she finally got a placement! Love her!!! 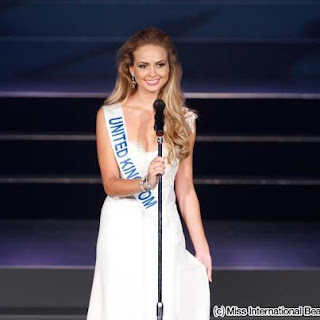 Congratulations to the real Miss International, Japan's Ikumi Yoshimatsu though. May her reign be very successful and fulfilling.

Email ThisBlogThis!Share to TwitterShare to FacebookShare to Pinterest
Labels: If I were a judge, Miss International