Article from: The New Age 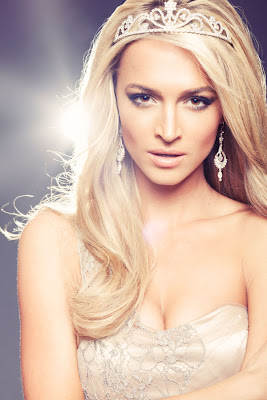 For the first time in South African beauty pageant history, reigning Miss SA Melinda Bam will not be at the crowning of her successor this December.

The New Age has learnt that Bam will be participating in the Miss Universe pageant in Las Vegas which will take place on Wednesday December 19 at the Planet Hollywood resort and casino in Nevada.

She confirmed to The New Age yesterday that she will leave the country on November 19, 30 days before she struts her stuff on the catwalk in front of the whole world.

Bam said she had no control over the pageant dates and she was equally saddened by the fact that she won’t crown her successor.

She would send a video message from Las Vegas and would be in South Africa in spirit.

“The finer details are still in planning but I assure you there will still be a piece of me on that stage and my heart will be poured into that farewell.

“My farewell will be a week before my departure and I want everyone that I have worked with this year to attend.

“It’ll be the last chance to soak up the amazing support I have in my quest for Miss Universe and I want to do it properly.

“I will also have a see-off at the airport on my day of departure with an incredible team – LeadSA – that I’ve worked so closely with in the last year.

“I have 16500 Twitter followers and I want all of them who are able to make it to come and meet me and send their best in seeing me off. “

The 23-year-old Bam said she had been busy preparing for the pageant and she was ready to make her country proud.

She said: “I’ve been getting my wardrobe together with 90 outfits for 30 days, including my national costume, two evening gowns for the final and sharpening my interview and presentation skills. 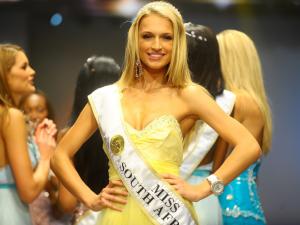 “I will be an ambassador for South Africa as I’ve been the whole year and I am making sure that everything is planned out in detail. To have the best representation of what our amazing country has to offer is my priority.”

Bam will be dressed by designers like Peter Bondisio, David Tlale, Gideon, Dax Martin, Gert Johan-Coetzee and others.

“We’re still waiting for the official itinerary but from the moment of arrival the competition starts with rehearsals, banquets, interviews, photo shoots, appearances, more interviews and more rehearsals.

“All of it will be judged and there will be numerous tasks along the way to differentiate the true competition.”

“The only thing that the outgoing beauty queen does is that they crown the new queen and that’s it.

“I can’t divulge to you at this point how we are going to make sure that she (Bam) does the crowning but we are working on a video feed.

“We’re looking at doing a live video broadcast with her and in the process try and find a slick way for her to do the crowning.

“But we are working on something that will be audience friendly and fabulous.”
Klerck said that Bam would not be going with anyone to the pageant and she would be the responsibility of the Miss Universe organisation.
Article: www.thenewage.co.za
Photos: www.iol.co.za, www.divasinc.co.za,
Posted by Andre at 8:23 PM