From: The New Age, South Africa 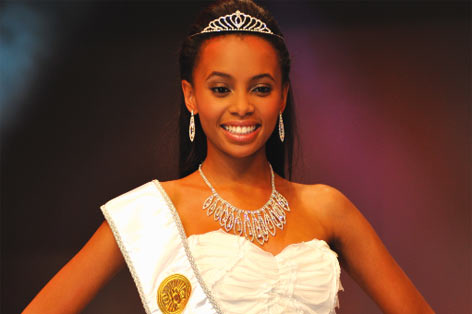 The Miss SA Teen pageant has been cancelled in an effort to streamline costs, organisers said.

In a statement issued this afternoon, Sun International announced that Celeste Khumalo who was crowned in December 2011 would be the last reigning Miss SA Teen.

The Miss SA teen pageant has been responsible for launching careers of TV personalities such as Phuthi Khomo and Zizo Beda. The youngest person to win the pageant was Mikaela Oosthuizen who took the crown at the age of 14 in 2010.

This year’s Miss SA competition will take place in December but unfortunately the reigning queen, Melinda Bam will not be able to personally hand over the crown as she will be taking part in the Miss Universe contest at the same time

This is no surprise. Times are tough in South Africa and no one is really interested in pageants anymore. I hope Sun International has a clear vision for the Miss South Africa Pageant because if they don't, the Miss SA Pageant might have to be cancelled within the next five years, too.

Article and photo: The New Age, South Africa
Posted by Andre at 4:19 PM