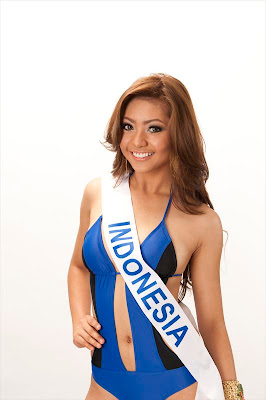 She is very cute and she exudes great energy. My major concern is that she appears to be too teensy, so that will probably prevent her from entering the top 15. 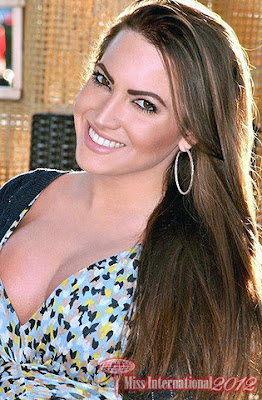 Miss Israel is one of the late arrivals. I just saw the first photos of her on Monday. Her photoshopped photos impressed me much more than her candids. She is a pretty girl but I don't think it will be enough. 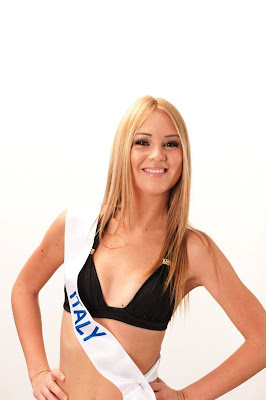 Miss Italy is miles ahead of the girl that was sent to compete at last year's pageant. We all know that the Japanese judges favor blondes, and this girl could even go as far as sneaking into the top 15. It will be a surprise and perhaps shock inclusion, but I think it could happen.

The big question is: will homeground advantage propel Miss Japan to the top 5. The judging panel is predominantly Japanese so it might happen. We know that she will at least be in the top 15. Based on previous years, it seems that the Japanese are more fair, unlike the Chinese who seem to demand that their delegates are at least in the top 5 when they host (although that is just speculaction). My assessement on Ikumi: she's great but not spectacular. She looks too mature at times. She is pretty though. I will not be too thrilled if she's included in the top 5. 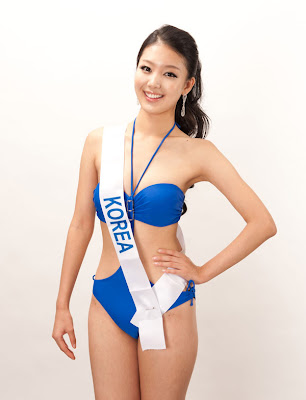 Korea's Lee Jung-bin has not received much attention from fans around the world but I actually think she is stunning and very under-rated. She is definitely a diamond in the rough and has she been trained better, she might have made more of an impact. 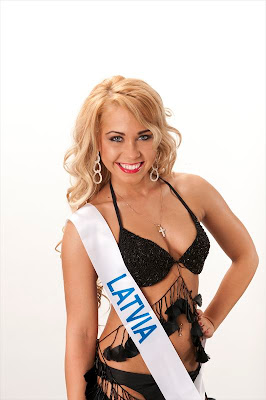 Hmmm. I don't think she's suitable for this pageant. I am not a fan of her styling. Everything was just too over the top and sometimes bordering on tacky. I doubt that Latvia will have something to celebrate at this pageant.

Here is another girl that I really like. Her and Miss Hungary have very similar looks. Where Miss Hungary seems to be very demure this girl exudes sexiness. Her problem might be her height... or lack thereof. I've read some comment from fans around the world about her eyebrows but I actually like them and they make her even more exotic. 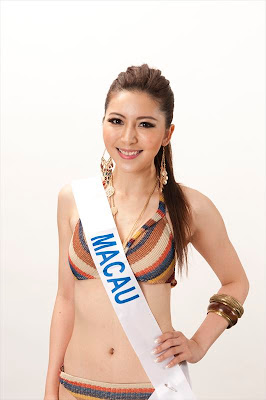 I think Cherry did the best she could but she's just not strong to be counted among the front-runners of this pageant.

I really liked Miss Malaysia at first and had high hopes for her. She's a pretty group but there are a few Asian stunners I would say are better than her. She lacks that special something that makes you want know and see more.

Ameeksha seems like a really fun girl. She exudes great energy on her photos and she seems to be having a lot of fun. I think she might be Miss Personality but that's probably where it will end for her.