Daiana was my favorite for the Miss World Argentina title this year. Here's the thing about her: at her best and from the right angles, she's amazing but she's not always consistent though. She is a strong contender for the top 15 though. 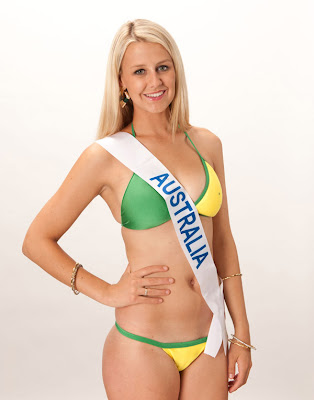 Her photoshopped photos were a bit better than the candids I've seen of her in Okinawa. She is definitely not a horrible delegate but we have such expectations of girls from her country. Australia is known as a land of super babes. (I like her high cheekbones though!) 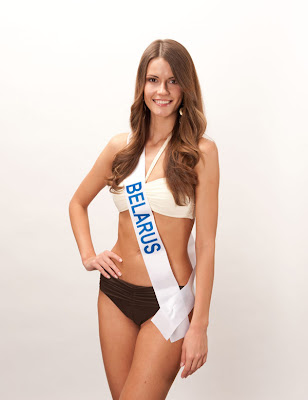 She is one of the most naturally beautiful girls of the entire competition. The problem with her is that she does not always stand out. Her beauty can sometimes be perceived as a bit boring but she's definitely one to watch.

She's actually cuter than I anticipated. She seems to have a great energy and I feel that she has made the most of this experience. Not sure that it will be enough to place though. 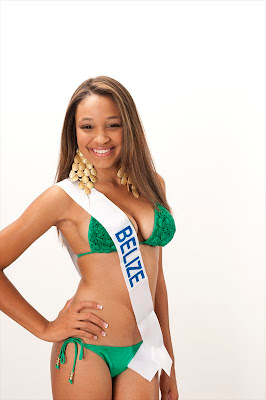 I was looking forward to seeing Destinee compete here but I feel a bit disappointed. She has impressed me at times but she's not as strong as I thought she was. 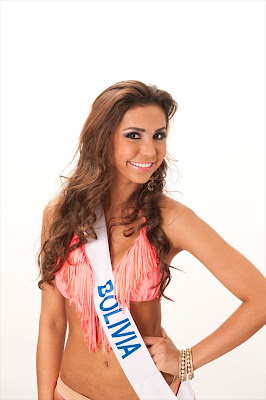 Last year, the stunning delegate from her country was my absolute favorite for the crown and I still think she was robbed of a spot in the top 15. In Stephanie's case, I think her biggest problem is that she looks way to mature.

Rafael started off as my clear favorite for the title. Now I'm not so sure anymore. I still find her absolutely stunning but I have a few concerns. She looks amazing with her hair down but does not make as much impact with her hair up. Her wardrobe seems to be a bit dated. My biggest concern though is her body. She is not in as great shape as some of the other girls. If the judges can look past that (which I hope they will), she would make an excellent Miss International.

It's awesome to see Cameroon debuting at the Miss International Pageant. They chose a lovely young lady who seems to be having a great time. From the photos, you can tell that she has a lot of vibrance and that she's making the most of this experience.

I expected a bit more from Canada. She is a pretty but blonde but she has not really stood out that much. She's middle of the pack for me.

I hate to say this but the country that I'm currently residing in could have sent a MUCH better delegate. I see so many stunning girls every day. This girl is way too inexperienced to fight for a top 15 position in an international pageant.