Melissa is one of the biggest favorites for the crown this year. She is tall, in great shape, and she has a sensual beauty that draws you in. The things that might count against her is that a Latina won last year, she looks a bit tired at times, and she resembles Miss International 2010. If the judges can look past that, she might be the next Miss International. She definitely has what it takes to win.

Natasha is quite short and she has not made much of an impact at this pageant. It will be an uphill battle for her to make it to the top 15.

I am starting to like Line more and more. She is quite fresh and I love her gorgeous curly hair. Miss International is known for it's surprising result. Line could be a spoiler. Her height might count against her though.

Melody is a contender based on the fact that she's been a standout from day one. She is tall, oozes sex appeal, and she knows what it takes to take part in a pageant. She is not one of my absolute favorites for the crown but she could be a surprise winner. The only thing that bothers me is that from some angles you can see that she's probably visited the same surgeon as most other beauty queens in her country.

The reigning Miss International is from Ecuador. Tatiana is good looking but I doubt that we will see a repeat victory for her country. 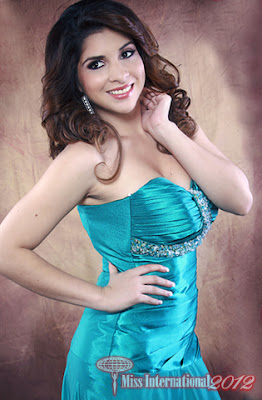 I liked her at first but I've kind of lost interest now. She has begun to fade... and of course this is the time when they should bring it.

I thought she did not show up for the pageant until just a few days ago. That's not really a great sign as it means that she totally got lost in the crowd... or she arrived really late.

Here's another girl that I kind of lost interest in. Her pre-pageant photos looked great, and she is definitely beautiful in her candids but not as spectacular. Her beauty is kind of boring (said in the nicest way possible) but just when I'm about to give up, I see a stunning photo of her. I won't count her out... plus she's a blonde, and that's always a good thing at Miss International. 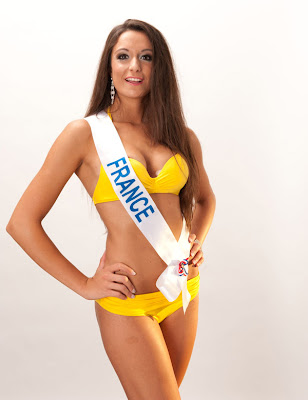 Miss France is also middle of the pack for me. I've seen better representatives from her country who failed to make the cut. There are other girls who should and probably will make the cut ahead of her. 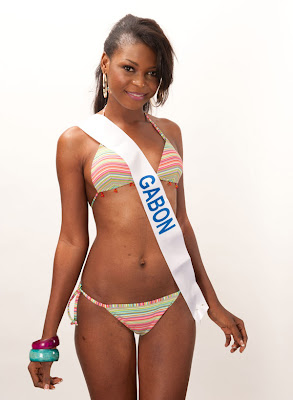 I actually like Miss Gabon a lot!!! She is the best from Africa by far. I am rooting for her and I hope she can make the cut. However, this is Miss International and the odds are stacked against her. African girls rarely make the cut. In fact, if memory serves me right, only 1 (maybe 2) African girls have made the cut at this pageant... EVER!! Here's hoping Miss Gabon can overcome these bad omens.